No, You Can’t Prevent All Cancers

October, as you certainly know, is Breast Cancer awareness month. Football players are wearing pink, little ribbons show up on lapels, and a slew of articles will no doubt arise about preventing cancer. But like millions of people each year, my experience with this month is a bit more personal.

I know exactly where I was the moment my wife Dottie told me, “They got the results, Will. It’s cancer. Outside the duct. Invasive.” I lost my legs and the world collapsed in on itself like a scene from Inception. I sat there in the middle of a sidewalk outside Starbucks, lost to all else. As of today though, we are now on the other side of it and after 5 years of Tamoxifen, thank God are still cancer free.

The disorienting process made us both reprocess the things we thought we had known, particularly around the language we hear around cancer. Specifically, articles, videos, and entire websites proclaim that you can “prevent cancer.”

But stating that you can prevent cancer leaves the impression that if you do contract this disease, then you didn’t do what it took to prevent it. It’s your fault. You should have, could have done more of something or less of something else. If you had just eaten more kale, did a few more laps, or followed through on those yoga classes, you could have prevented this from happening to you.

But the unfortunate truth is that you cannot prevent a lot of cancers or stop it, despite what the articles say: not by eating right, not by exercising, not by meditating. You just can’t.

How many anecdotes have you heard of people who were super healthy, doing everything exactly right (much like Dottie) and yet they still contracted the disease? Conversely, someone’s grandfather smoked all his life, was a junk food fiend, broke all the rules of health and still lived to the ridiculous age of 97. Living well no more prevents most cancer than living poorly causes it.

And this sounds like an enormous bummer, but makes an important point for those going through this wrenching process and those who fear they may: Even though you can’t turn it off or on with your behavior, you can change your risk probability. This may sound a bit academic, but the idea is quite simple. Think of it like playing dice, in which you have a certain chance of getting a good roll or bad roll. “Changing your risk probability” is like switching out the fair dice you were given with weighted dice.

To weight them in your favor, eat right, exercise, and control stress levels. Doing those things doesn’t mean they’ll always come up in your favor, only that you have better odds that they will. To weight them against you, eat poorly, be sedentary, smoke, binge drink. Doing those things won’t ensure you’ll land a terrible roll, only that it’s much more likely to happen.

This explains the chain smoking octogenarian junk food-a-holic, who may have tilted their risk profile very far against them, but still improbably managed to roll a Yahtzee in 6s. It also explains how you can lower your risk levels by perfectly healthy habits, and yet still roll the worst Yahtzee roll possible. Both of these can very easily happen, though odds are very small.

The most important piece of this is to not beat yourself up over the language suggesting you may have done something wrong. Dealing with the intense emotional and physical toll of the disease is plenty to manage without buying into the chatter that you could have prevented it in the first place. 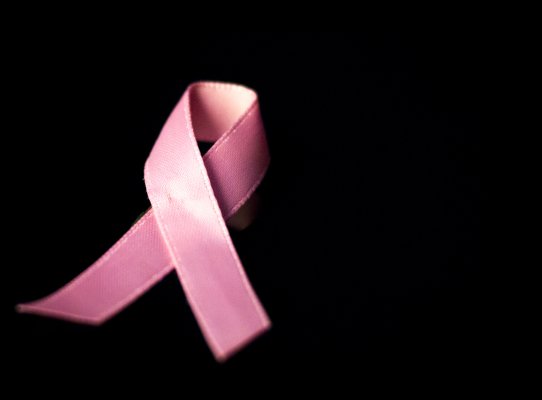 The Cruel Truth About Black Women and Breast Cancer
Next Up: Editor's Pick