These Are America's 11 Most Endangered Historic Places

The "House on Fire" ruins in Mule Canyon, located within the 1.9 million-acre Bears Ears cultural landscape in Utah, on June 22, 2016.
Rick Bowmer—AP
By Tessa Berenson and Sarah Begley

When Americans hear the word “endangered,” they might think of frogs and bees. But some of America’s historic spaces are endangered, too.

The National Trust’s 29th annual list of America’s most endangered historical spaces includes everything from a district in San Francisco threatened by rising sea levels to an empty building at Lincoln University in Lincoln, Pa.

Take a look at the list below to see which places are most endangered, and what is threatening them.

Azikiwe-Nkrumah Hall at Lincoln University
Lincoln, Pa.
Lincoln University was the first degree-granting college for African Americans, and its oldest building now stands empty and would require significant work to restore it to working conditions.

Bears Ears
Southeastern Utah.
The two buttes on 1.9 million-acres are home to petroglyphs, ancient roads and other historical sites that are threatened by poor management, pressure from energy developers and even looting.

Charleston Naval Hospital District
North Charleston, S.C.
During WWII, this neighborhood was a primary re-entry point for American service members injured in Europe and Africa. Now, a proposed rail line threatens to run through it.

Delta Queen
Houma, La.
The 1926 sternwheel steamboat is slated for repairs and awaiting federal legislation that would allow it to return to use as an overnight passenger ship.

Historic Downtown Flemington
Flemington, N.J
The Union Hotel and several other historic buildings may be demolished if a development proposal goes through in the town that hosted the “Trial of the Century” for the kidnapping of Charles Lindbergh’s baby.

James River
James City County, Va.
A proposed transmission line could affect the vistas at this river, on whose banks the settlement of Jamestown was built in 1607.

Milwaukee’s Mitchell Park Domes
Milwaukee, Wis.
The three domes, built about 50 years ago, have become dilapidated and require heavy funding to be repaired.

Sunshine Mile
Tucson, Ariz.
A two-mile stretch of historic properties could be demolished if a transportation project is approved. 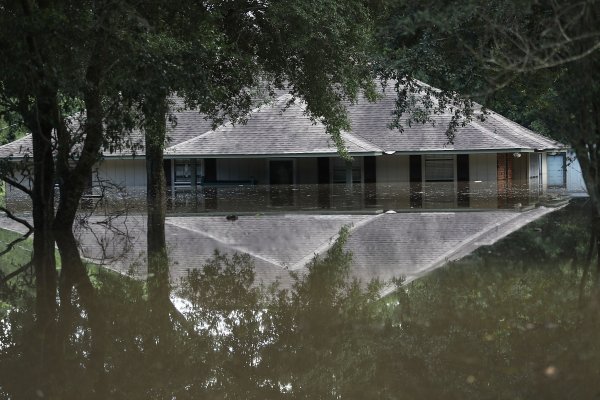 Can This Law Stop Floods From Destroying American Communities?
Next Up: Editor's Pick