The Longest War in U.S. History Began 15 Years Ago. See Its Effect on One Veteran

When the U.S. began its attack on Afghanistan on Oct. 7, 2001, Nick Mendes was an 11-year-old who loved to play video games.

By the time ten years had passed, Nick Mendes had become Sgt. Mendes of the U.S. Army. In 2011, in Afghanistan’s Kandahar Province, he was blown up by an IED and paralyzed from the neck down.

“I remember ten seconds afterwards,” he recalls, “but then I blacked out.”

Afghanistan has become America’s longest war, and American troops still remain in the region years after the official 2014 end of the conflict. Sgt. Mendes, now 26, is one of more 20,000 U.S. service members injured in that war—numbers that don’t include traumatic brain injury and PTSD. Sgt. Mendes’ life was saved by battlefield practices that have been honed and improved after years of such incidents in the region. He and many others are part of the population of service members who would likely have died in previous conflicts, in the days before modern battlefield medical protocols were introduced, but instead have returned home to drastically different and often devastatingly challenging circumstances.

Filmmaker Julie Cohen, who is directing an upcoming feature documentary called American Veteran, tells the story of what happens in the years after these soldiers come home.

Despite his injuries, Sgt. Mendes is determined to survive, even thrive. “I could be going though life bitter as hell,” he says, “but where would that get me?” 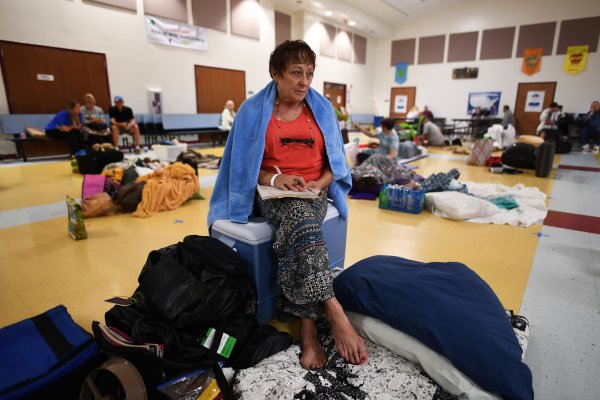 How to Convince People They Really, Really Need to Evacuate for Hurricane Matthew
Next Up: Editor's Pick