Over 4,500 Migrants Rescued in Mediterranean in a Single Day

Migrants wait to be rescued by members of Proactiva Open Arms NGO in the Mediterranean Sea, some 12 nautical miles north of Libya, on Oct. 4, 2016.
Aris Messinis—AFP/Getty Images
By Suyin Haynes

At least 4,650 migrants have been rescued by Italy’s coast guard over the space of 24 hours, as they attempted to cross the Mediterranean Sea to reach Europe.

In a Facebook post on Wednesday morning, the coast guard also announced that three babies were born on board one of the rescue units. 28 bodies had been recovered in the rescue missions, bringing the death toll to 50 over the past two days, according to Reuters.

Calm weather over the past week has triggered an increase in numbers of migrants trying to make the dangerous crossing, as people smugglers have been able to push boats out to sea with more ease. The coast guard said in a statement that the migrants rescued on Tuesday evening were recovered from 33 boats, 27 of which were rubber dinghies.

Read more: Inside a Daring Rescue of Refugees Lost at Sea

Italy is struggling to cope with the increase in arrivals from across Africa and the Middle East, with over 142,000 migrants arriving since the beginning of 2016. 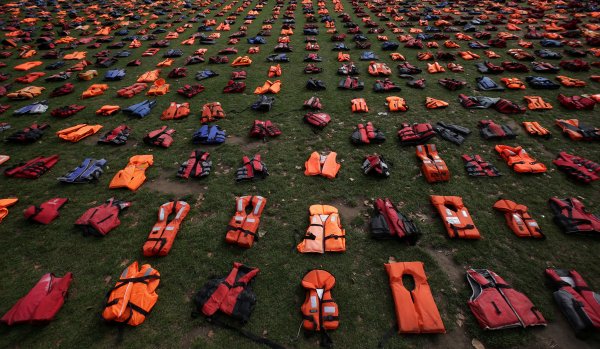 World Leaders Meet at U.N. to Talk Migrant Crisis
Next Up: Editor's Pick