5 Things to Know About 'Molecular Machines'

The laureates will share the eight million kronor ($930,000) prize, which will be handed out at a ceremony on Dec. 10, the anniversary of prize founder Alfred Nobel’s death in 1896. Sauvage, Stoddart and Feringa were honored for their work developing some of the smallest machines ever created.

Each scientist contributed to the discovery in a different way. The first breakthrough came from Sauvage in 1983. The French chemist succeeded in linking two molecules in a chain, fulfilling the requirement that a machine needs several parts that can move relative to each other. The Guardian has compared the difficulty of Sauvage’s feat of bringing smaller molecules together in a specific way to “build[ing] a lego castle in the dark with boxing gloves.”

Stoddart’s breakthrough came in 1991, when he created a ring of molecules that moved along an axle in a controlled manner when heat was added. Feringa’s work came next; in 1999 he built on Sauvage and Stoddart’s research to build the world’s first molecular motor, a tiny spinning blade that rotates continually on an axis.

The first motor wasn’t fast, but Feringa’s research group has since optimized the design. In 2014, it rotated at a speed of 12 million revs per second. The group also built a four-wheel drive nanocar in 2011; a molecular outer framework held together four motors that functioned as wheels. When the wheels span, the car moved forward over a surface.

But why are these tiny creations such a huge breakthrough? Here, five things to know:

2. Their impact could be as big as the microchip
Currently the development of these molecular machines is in an early stage, but the pioneering work of these three scientists is set to have a huge impact in the future. “Chemistry has thus taken the first steps into a new world,” the Nobel Prize committee said in a statement. “Time has clearly shown the revolutionary effect of miniaturising computer technology, whereas we have only seen the initial stages of what could result from the miniaturisation of machines.”

3. They could one day go to work in the human body
Chemists hope that one day these mini machines could be developed so they can deliver drugs within the human body directly to cancerous cells or target a specific area of tissue to medicate. “When it’s perfected, this method should greatly reduce the damage treatment such as chemotherapy does to a patient’s healthy cells,” reports Understanding Nano.

“We think of tiny robots that a doctor will inject in your blood veins which will then go to search for a cancer cell,” Feringa told reporters in Stockholm over the phone.

4. They could event detect disease before we show any symptoms
Recent research into molecular machines has suggested that as well as killing cancer cells or transporting molecules for medical reasons, they could one day lead to the design of a molecular computer which could be placed inside the body to detect disease before any symptoms are exhibited.

5. The Nobel Committee says their potential is unimaginable
“In terms of development, the molecular motor is at about the same stage as the electric motor was in the 1830s, when researchers proudly displayed various spinning cranks and wheels in their laboratories without having any idea that they would lead to electric trains, washing machines, fans and food processors,” said the Nobel committee. In other words, what their development means for sectors like healthcare, energy and industry will be for future generations to discover. 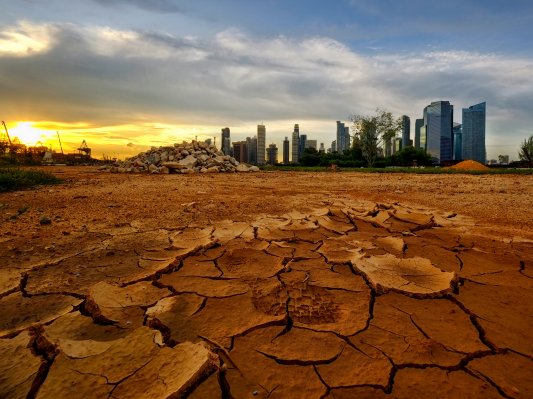