Hong Kong pro-democracy activist Joshua Wong, center, shows a letter from Thailand's immigration office after arriving at Hong Kong airport from Bangkok on Oct. 5, 2016. Thailand stopped the 19-year-old activist from entering the country and sent him back to Hong Kong, officials said, in a move supporters suspected was triggered by pressure from Beijing
Kin Cheung—AP
By Kevin Lui / Hong Kong

The 19-year-old democracy activist Joshua Wong landed in Hong Kong shortly after 3:35 p.m. local time Wednesday after he was denied entry to Thailand to speak at an event marking the country’s 1976 massacre of student protesters.

He told media at Hong Kong International Airport that a group of around 20 Thai police and immigration officers took away his passport and kept him in solitary confinement for 12 hours in a fetid holding cell at the airport detention center, refusing him permission to contact lawyers or family. He added that the officers insinuated to him that he was on a “blacklist” and warned him of the fate of previous activists “like you.”

“It’s lucky I didn’t become the next person who was disappeared,” Wong told reporters, referring to Gui Minhai, a Hong Kong–based publisher specializing in books critical of the Chinese government, who is widely believed to have been abducted while on holiday in Thailand by Chinese agents. After his disappearance from the resort town of Pattaya in 2015, Gui was next seen on state-run Chinese television making what appeared to be scripted confessions.

Gui’s daughter tweeted Tuesday of her concern at Wong’s detention.

Speaking at a press conference Wednesday evening, Wong said, “I knew it was possible that I’d be sent back to Hong Kong. I did not expect them to detain me for 12 hours.”

Nathan Law, the 23-year-old legislator who is a co-founder with Wong of the political party Demosistō, said, “This is not an isolated incident.” He added that he would be demanding an explanation from the Thai government and that he would ask the Hong Kong government if it knew of the existence of any blacklist.

However, China’s Foreign Ministry stated merely that it had “noticed the relevant reports” about Wong’s detention. At Wednesday night’s press conference, Wong said that he did not see Chinese officials at any point during his detention and deportation.

Paul Quaglia, a Bangkok-based security expert for PQA Associates, tells TIME that the junta would have its own reasons to refuse the young activist entry to Thailand. The military regime, he says, “has no interest in a foreign student democracy leader coming here to speak to Thai students on the anniversary of the 1976 student massacre [and to] stir up talk about democracy among Thai students.”

This is not the first time that Wong has been unable to enter a foreign country. In 2015, Malaysia also barred him from entering Penang, where he had been invited to speak at seminars on democracy in China.

Protesters scuffle with police officers as they protest at the Thai consulate in Hong Kong on Oct. 5, 2016, after Thailand stopped teen pro-democracy activist Joshua Wong from entering the country
Vincent Yu—AP

Thailand’s military regime has a track record of obliging Beijing by deporting to the mainland those who have run foul of the Chinese authorities. In 2015, the junta deported 109 Uighur asylum seekers to China in a move described by the U.N. High Commissioner for Refugees as a violation of international law.

Also in 2015, Thailand sent a pair of veteran dissidents back to China, even though they possessed official refugee documents and were about to be resettled in a third country. The U.N.’s refugee agency again condemned the deportation.

Wong had been invited by two prominent Thai universities, Chulalongkorn and Thammasat, to speak at an event on Oct. 6, the anniversary of a bloody 1976 crackdown on student protests in Bangkok by Thai military, police and paramilitary forces. He told media that he would now be delivering his address via Skype.

He first came to the world’s attention as a leader of Hong Kong’s widespread 2014 pro-democracy protests, known as the Umbrella Revolution, and appeared on an October 2014 cover of TIME.

Dozens of representatives from various pro-democracy groups, including Wong’s party Demosistō, marched Wednesday afternoon to the Thai consulate in Hong Kong to protest Thailand’s actions. A small protest was also held by Thai student activists outside the Chinese embassy in Bangkok. 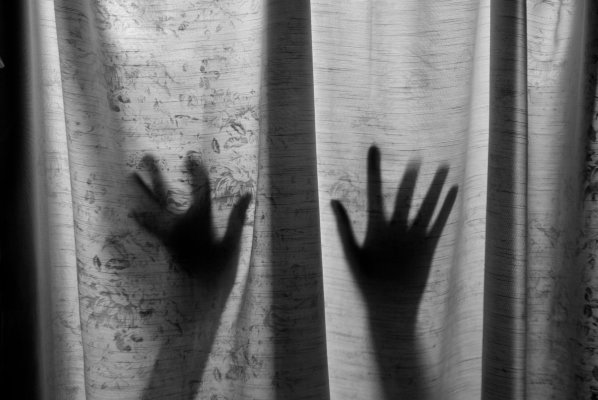 Bangladeshi Student Stabbed for 'Rejecting Suitor'
Next Up: Editor's Pick