An Indonesian man who was arrested for hacking into an electronic billboard in Jakarta and displaying a Japanese adult film could face seven years in prison, police said Wednesday.

The event was captured by various motorists and went viral on social media.

The Japan Times reported that police and cybercrime experts arrested the man, identified by his initials SAR, on Tuesday. Police said the man admitted responsibility, claiming he did it for fun. 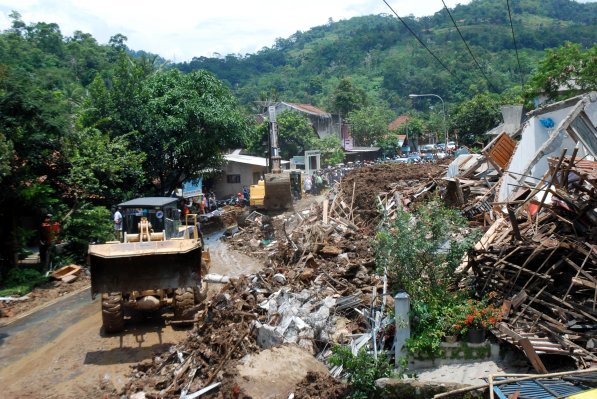 Flooding in Indonesia Kills at Least 19 People
Next Up: Editor's Pick