A new petition on Change.org is calling on the U.N. to reject the imminent appointment of controversial Philippines media personality Teodoro “Teddy Boy” Locsin Jr. as the country’s new permanent representative to the global body.

The campaign, which has so far garnered nearly 9,200 signatures, has been sparked by several recent posts on what appear to be Locsin’s Twitter account.

One calls for a “FINAL SOLUTION ala [sic] Auschwitz” to the problem of drugs in the Philippines. Other tweets profess admiration for Nazi management of the German economy, saying that the fascists knew how to fix “broken Germany … So they knew something more than killing Jews.”

One tweet, directed at the BBC, reads: “So the Nazis were right after all. C’mon, just say it.”

Locsin is a supporter of President Rodrigo Duterte’s brutal war on drugs, which amounts to little more than state-sanctioned extrajudicial killings. At least 3,600 people have been killed since Duterte took office in June, many murdered by shadowy death squads.

Duterte himself has invoked the Nazis in reference to his bloody crackdown. On Sept. 30, he said “Hitler massacred 3 million Jews, there are 3 million drug addicts … I’d be happy to slaughter them.”

In response to a tweet by the Huffington Post about the strangling death of an unarmed black man by police in Mississippi, Locsin apparently tweeted:

There are also expletive-filled tweets directed at other Twitter users. One reads, “I will remember you, you f–k face. Find this guy, and make his life hell.” Another says: “Ah, shut the f–k up, you fat bitch.” 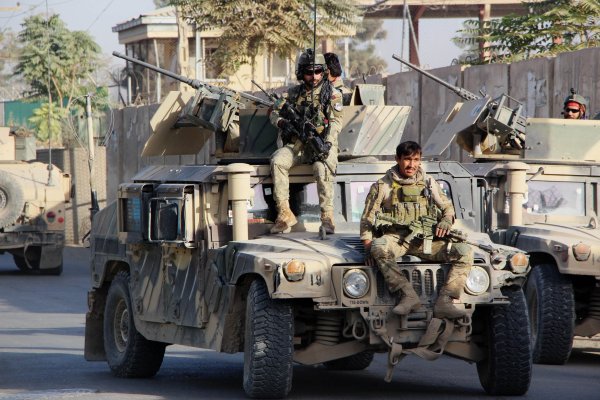 Taliban Driven Back From Afghan City of Kunduz
Next Up: Editor's Pick