The Libertarian nominee for vice president says he will shift his focus this election season to preventing Donald Trump from winning the White House, rather than helping his running mate Gary Johnson get elected.

Bill Weld, who formerly served as a Republican Governor of Massachusetts, still supports his running mate but says he is now primarily concerned with keeping Trump out of office. “I have had in mind all along trying to get the Donald into third place, and with some tugging and hauling, we might get there,” Weld told the Boston Globe. He has meanwhile called Clinton, whom he worked with as a lawyer in the 1970s, more qualified than anyone to serve as president.

Some of Weld’s supporters say the Libertarian ticket would be stronger if Weld himself were nominated for president and Johnson for VP—especially after Johnson has had major foreign policy stumbles in recent weeks.

Weld plans to tweet about the Vice Presidential debate between Tim Kaine and Mike Pence as he watches on Tuesday night. 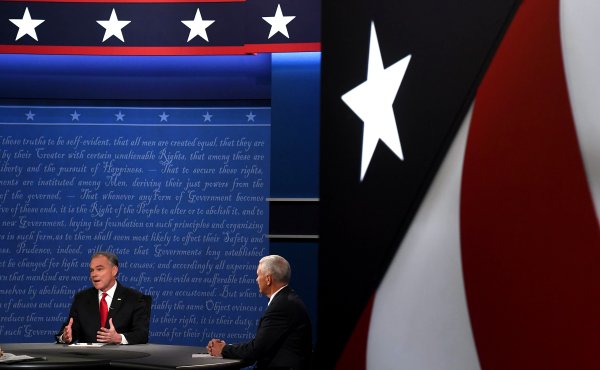 Running Mates Meet for Debate in Virginia
Next Up: Editor's Pick