Pope Francis has made a surprise visit to the town of Amatrice, one of the hardest-hit sites of the earthquake which devastated central Italy six weeks ago.

His arrival was announced by the Vatican on Tuesday, the Associated Press reports. “My visit, perhaps, is more of an obstruction than a help,” he said upon his arrival, according to NBC. “I wanted to greet you, but I didn’t want to be an inconvenience, that’s why I let some time pass.”

The pontiff added that he had waited for “some things to be fixed,” before visiting, including the local school. “But since the beginning I felt that I had to come to you, simply to tell you that I am close to you, nothing else, and that I pray for you,” he said.

The 6.2-magnitude earthquake struck the Apennine regions of central Italy on Aug. 24, killing an estimated 247 people and causing “apocalyptic scenes” near the epicenter. Amatrice, Accumoli, Posta and Arquata del Tronto were the worst hit towns, but even residents in Rome, some 170 km (105 miles) away, were woken by the quake.

The pope started his tour at the makeshift school set up in containers, meeting with more than 100 elementary and middle school students, some of whom gave him drawings. He also met with a man who lost his wife and children in the quake, the Vatican said. 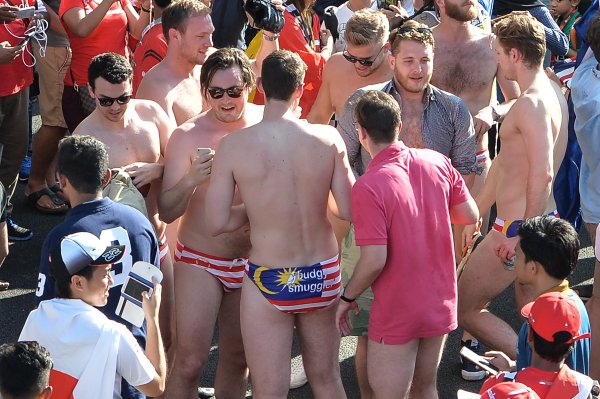 Australians Stripping at Malaysian F1 Race Could Be Charged
Next Up: Editor's Pick