This picture taken on Oct. 2, 2016, shows spectators with swimwear bearing a Malaysian flag during the Formula One Malaysian Grand Prix in Sepang. The spectators were arrested around the time the race ended on Oct. 2 and were being investigated for "intentional insult with intent to provoke a breach of the peace" and public indecency
STR—AFP/Getty Images
By Kevin Lui

Nine Australian men could face up to two years in jail for allegedly stripping down to skimpy swimwear at a Grand Prix race in Malaysia.

The Australian Broadcasting Corp. (ABC) reports that Malaysian police were hoping to charge the nine men, who were arrested Sunday, with “intentional insult with the intent to provoke a breach of the peace.”

Photos emerged on social media of the group undressing trackside to reveal Speedos printed with the Malaysian flag. According to the ABC, they also swilled beer from their shoes following the Kuala Lumpur F1 race won by Australian driver Daniel Ricciardo, who is known for drinking champagne from shoes when on the winning podium.

One of the nine arrested, Jack Walker, is an adviser to Christopher Pyne, Australia’s Minister for the Defense Industry, reports the Sydney Morning Herald. Pyne’s office told the Herald that “until we have a clearer picture of the process at hand, it would be unwise to comment further.”

The CEO of the race circuit, Razlan Razali, told the ABC that the group deserved to be “locked up,” calling the act “stupid behavior from foreigners who have no sense of cultural sensitivity and respect.”

The ABC reports that the group has received help from Australia’s embassy in Malaysia, and that they could appear in court as soon as next Monday if charges are brought. They face at least four more days in detention until they know their fate, according to the Herald. 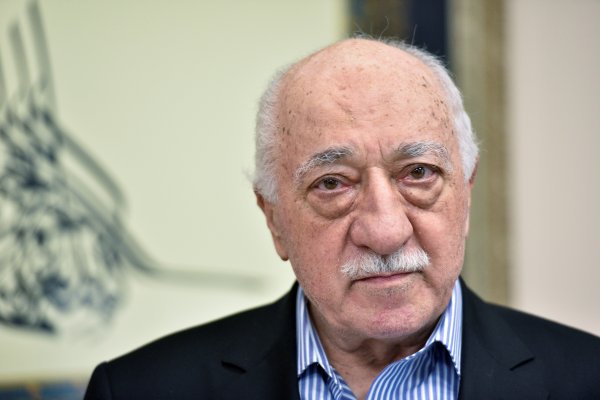 Turkey Suspends 12,801 Police for 'Links to Exiled Cleric'
Next Up: Editor's Pick