Americans remain divided along political and ideological on causes and solutions to climate change with self-identified liberal Democrats most likely to support measures to combat global warming, according to a new survey.

The continued reluctance of many Americans to accept the reality of man-made climate change comes despite near universal acceptance among climate scientists that humans are causing global warming. Indeed, the survey, conduced by the Pew Research Center, suggests that many conservative Republicans view the work of climate scientists with deep skepticism. More than half of conservative Republicans said climate research is tilted to advance scientists’ careers and political agendas.

The views of liberals and conservatives also diverged significantly on solutions. Large majorities of liberal Democrats said restrictions on power plant emissions and international agreements on carbon dioxide could slow global warming while less than 30% of conservative Republicans said the same.

The bitter divide on climate change has not helped the issue break through as a top-tier issue the 2016 presidential election. Still, the views of the two major party candidates seem to hew closely to those of their supporters. In one of the few exchanges on the topic this election cycle Hillary Clinton pointed out that Donald Trump has called the phenomenon a “hoax.” Trump seemed to deny the accusation, though is campaign manager later clarified that Trump is indeed skeptical of the science.

Questioning the reality of man-made climate change—and the danger it poses to the world—runs contrary to the latest science. The Intergovernmental Panel on Climate Change, a group of leading scientists from around the globe, said in 2013 evidence of global warming is “unequivocal” and that it is “extremely likely” that humans are the primary reason behind it. That United Nations panel is considered conservative in its assessments by most standards.

Pew surveyed more than 1,500 adults in May and June across all 50 states. 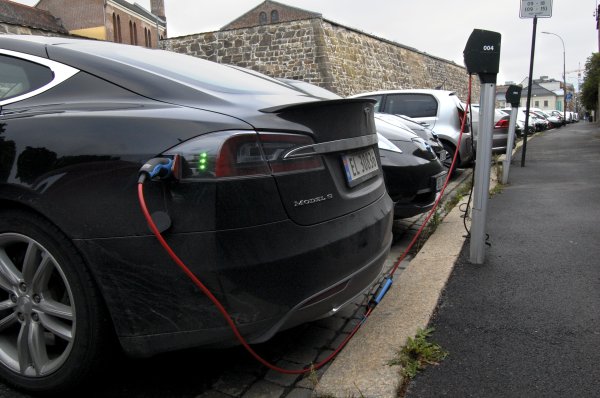 Norway's Capital Announces Crazy Plan to Cut Its Emissions in Half
Next Up: Editor's Pick