Drake—the Canadian wunderkind and platinum-selling rapper—was on tour with a stop in Des Moines, Iowa on Tuesday. But he wasn’t the only Drake in town. Des Moines is also home to a perhaps lesser-known Drake: Drake University, founded in 1881. Since 2009, students have been campaigning to get Drake to visit. And last night, their dream became a reality… sort of.

Students first started a “bring Drake to Drake” campaign on social media, and the hype increased this spring, when school administrators noted that Drizzy had listed their city as a stop on his Summer Sixteen tour. On Monday, they tagged him in an Instagram, and the rapper himself posted a comment within ten minutes, hinting he might be down to meet up. “I’mma pull up on ya,” he wrote, as the post went viral. The students waited. They gathered in the central quad. And then they dispersed, dream deferred.

In a statement this summer, the university wrote “should he wish to take us up on our offer (because YOLO)… We’ll be waiting for that hotline to bling!”

A student group calling themselves “Drake Social” sent him a plea last month:

And even the student body president sought out the rapper with her own meme.

More students made a video…

… and then the university’s president, Marty Martin, got in on the action.

The rapper was performing at a venue just a few minutes from campus, according to school officials.

The students gathered, hopes high that they’d get to see the 6 God himself.

But it wasn’t until the middle of the night that Drizzy made his incognito stop-by.

They’ve loved, and unfortunately this time around, they’ve lost. But he still repped the school, wearing one of their varsity jackets onstage — and on his way back to his jet. Playing with their hearts. 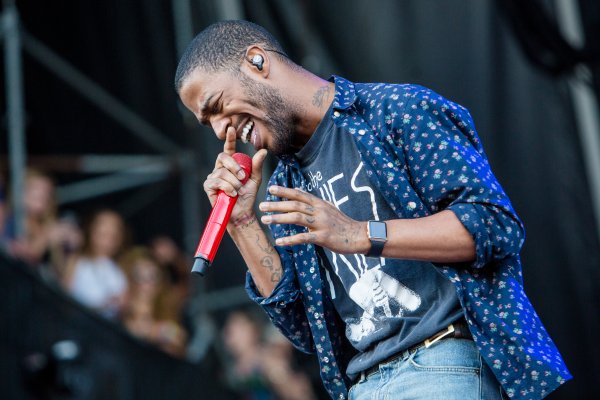 Rapper Kid Cudi Checks Into Rehab for 'Suicidal Urges'
Next Up: Editor's Pick