Kate McKinnon portrays Hillary Clinton as a calculating and impersonal politician on Saturday Night Live, but the Emmy-winning actress’ impressions actually come from a place of admiration.

McKinnon shared her appreciation for Clinton in an interview withRolling Stone, becoming emotional when considering that a win for Clinton would make McKinnon the first woman at SNL to play a president of the United States.

“It’s really — I had not thought about it in those terms until this moment,” she told the magazine. “Not my involvement in it, but just — what’s that moment gonna be like? How hard are we gonna cry? I could cry just thinking about how hard we’re gonna cry when it happens.”

“I freaked out at the enormity of the task, yes,” she said. “It really gets ratcheted up another notch when politics is involved. … Progress, real progress, makes me cry harder than anything, when the world itself grows.”

McKinnon and Clinton even appeared in a skit together in October 2015. The epic moment found McKinnon’s Clinton getting consoled by a bartender played by the real deal.

“Oh Val, I wish you could be president,” McKinnon told Clinton, who replied with gusto “Me too!” 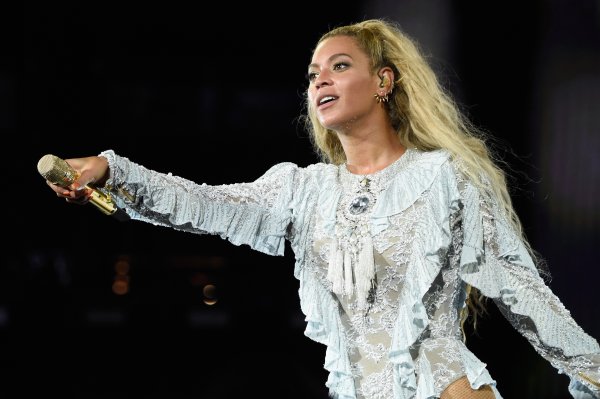 We're This Much Closer to Majoring in Beyoncé
Next Up: Editor's Pick