Abraham Chaparro holds a photograph of his murdered stepson, Miguel Garcia-Moran, outside his home in Brentwood, N.Y., on Sept. 27, 2016.
Claudia Torrens—AP
By Melissa Chan

Four teenagers from the same high school in New York have been found dead in the last month in a string of brutal killings that authorities say may be tied to gang violence.

The deaths of the four students from Brentwood High School on Long Island have shaken the school community and parents who fear their child may be next.

The body of a 15-year-old named Nisa Mickens was found dumped on a road with lacerations and head trauma on Sept. 13, police said in a statement. Her best friend, 16-year-old Kayla Cuevas, was found beaten to death a day later in the backyard of a nearby home, according to the Associated Press.

The grisly discoveries continued a week later when police found the skeletal remains of 19-year-old Oscar Acosta and 15-year-old Miguel Garcia-Moran in a wooded area. Both had vanished earlier this year.

The families left reeling from the tragedies are searching for answers. Abraham Chaparro, Miguel’s stepfather, remembered the boy as a typical teenager who loved cars, soccer and girls. “I don’t understand how this happened. It’s a mystery,” he told the AP.

Police have released few details about the motives behind the murders, but an unidentified law enforcement official told the AP that the Salvadoran gang MS-13 may be behind the crimes.

The Brentwood Union Free School District said in a statement earlier that its schools were safe and that there would be additional police presence at them. The AP said school officials sent a letter home to parents, warning that children should “not wear clothing that could be considered to be gang-related.” 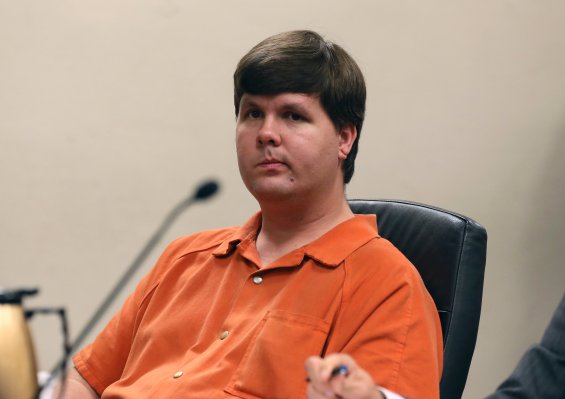 5 Things to Know About Trial Over Georgia Toddler's Hot Car Death
Next Up: Editor's Pick