A jury was selected Monday, beginning the trial of a Georgia man charged with murder after he allegedly left his 22-month-old son to die inside a hot car two years ago.

Justin Ross Harris, 35, faces life in prison if he is convicted of killing his son, Cooper, according to the Associated Press. The little boy died after being trapped inside his father’s SUV for seven hours in the sweltering summer heat.

The 2014 case garnered national attention after disturbing details surfaced and led authorities to believe the tragedy did not just stem from simple negligence. Here are five things to know about the case, which begins Monday and is slated to last a month:

Harris had been sexting a half-dozen women
Authorities say Harris, a married man, had been sending explicit text messages to at least six different women, including a 16-year-old girl, while his son was sitting unattended in the backseat of Harris’s car outside his workplace. Harris also allegedly visited a “child-free” message board on Reddit and was unhappy in his marriage, according to NBC News.

Harris was a “wonderful father,” his wife has said
During Cooper’s funeral, Leanna Harris, the wife of Justin Harris and the mother of Cooper, said she wasn’t angry with her husband and defended his actions as an accident. “Am I angry with Ross? Absolutely not. It has never crossed my mind,” she told CNN at the time. “Ross is and was and will be, if we have more children, a wonderful father. Ross is a wonderful daddy and leader for our household. Cooper meant the world to him.” However, she later filed for divorce in February 2016, according to CNN.

Harris also faces a charge related to sexting a minor
Harris has been charged with malice murder in connection with his son’s death. He has also being charged with sending sexually explicit text messages and a photo to a girl under the age of 18, the AP reports. 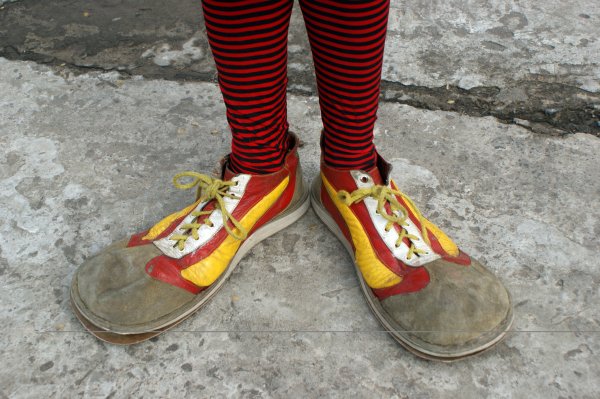 Teen Arrested After Trying to Hire a Clown to Kill Her Teacher
Next Up: Editor's Pick