Directed by Oscar-winning Paolo Sorrentino, this version of the Vatican’s head of state is no benevolent, forward-thinking, conciliatory Pope Francis; Law may look like a charming movie star, but this Pius XIII is a loose cannon with a sinister streak. (“Revolution” is on his mind, as the short teaser trailer tells us.)

“I am a contradiction. Like Mary, virginal mother; like man, good and evil. I’m God,” Law intones. He’s joined onscreen by a quick cut to Diane Keaton as a stoic nun.

Early reviews of the ten-episode mini-series, with its lush framing and cinematic scope, have been positive. It will air in Italy, France, and the UK this fall, before becoming available on HBO stateside in early 2017. Until then, we will have to imagine just what kind of trouble Law gets up to. 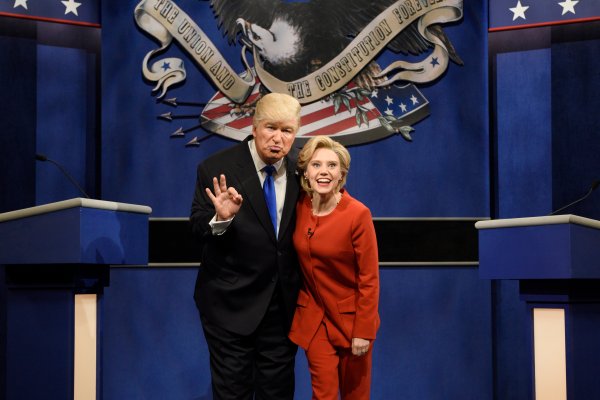 See How Saturday Night Live's Donald Trump vs. Hillary Clinton Parody Compares to the Real Debate
Next Up: Editor's Pick