Women Are More Scared About the Election Than Men

Donald Trump and Hillary Clinton after the first presidential debate at Hofstra University in Hempstead, N.Y., on Sept. 26, 2016.
Timothy A. Clary—AFP/Getty Images
By Ryan Teague Beckwith

Women are much more likely to say they are scared about the presidential election, according to a TIME/SurveyMonkey poll.

In an online tracking poll of 5,478 registered voters taken Sept. 28-29 after the first presidential debate, 53 percent of women reported feeling “scared” about the election so far, compared to just 37 percent of men.

There were only a few percentage points difference between the genders among the other answers.

The poll showed a similar divide between supporters of the two major-party nominees. While 52 percent of Hillary Clinton backers said they were scared, only 39 percent of Donald Trump supporters felt the same way. Clinton backers were also slightly more likely to say they felt sad, 25 percent compared to Trump backers’ 18 percent.

Further responses from the online survey will be released at a later time. 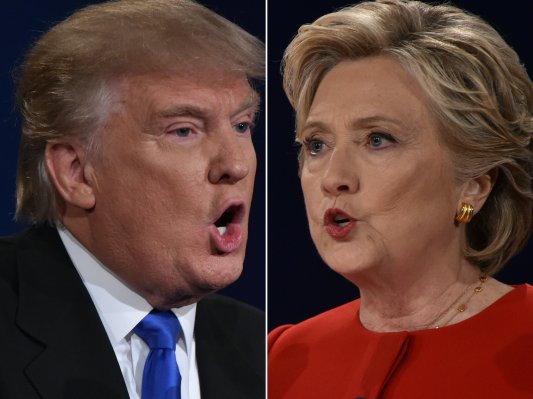 How the TIME/Survey Monkey Poll Was Conducted
Next Up: Editor's Pick