How Childhood Trauma Can Cause Premature Aging

There are a lot of things to envy about youth: clear skin, perfect hair, boundless energy. But nothing says young like a good set of telomeres. We’ve all got them, but if you’re past a certain age, you don’t want to think about them too much.

Telomeres are the protein caps at the end of chromosomes that act as a sort of mortal fuse: the older you get the shorter they grow, a process that contributes to all manner of age-related diseases and breakdowns. Telomere length can be affected by things other than merely the number of years you’ve been around, including environmental toxins and stress and whether or not you exercise and meditate. Now, a paper published in PNAS Plus takes the impact of stress a worrisome step further: According to a study of 4,598 people, adverse experiences in childhood can hasten the telomere burn-down, leading to premature aging of cells—and of the body as a whole.

The study—a collaboration between researchers in the U.S. and Canada, led by kinesiologist Eli Puterman of the University of British Columbia—drew its sample group from the 26,000 people already participating in the U.S. Health and Retirement Study (HRS), a bi-annual health survey of adults over 50 that began in 1992. For the telomere work, the volunteers were chosen from across an age, gender and overall health spectrum, with multiple other factors including education, weight and smoking history also factored in. Saliva swabs were collected from all of the volunteers and telomere length was measured using polymerase chain reaction (PCR).

That was the easy part.

The subjects were then asked about life stressors that they either did or did not experience, either in childhood or adulthood. The experiences were divided into two categories: financial and social. The financial traumas included such things as losing a job or going on food stamps in adulthood; and a parent losing a job or a family losing a home in childhood. The social traumas included death of a child or a spouse or participation in combat for adults; and parental abuse, parental addiction, or trouble with the police in childhood.

The results were both striking and disturbing. In no event did financial adversity seem to have much impact on telomere length—whether the problems were experienced in childhood or adulthood. Adverse social experiences in adulthood initially seemed so have an effect on telomere length, with each stressor increasing the odds of telomere-shortening by 8%. But when the results were adjusted for other variables, such as genetics, education or smoking history, the effect disappeared.

That was not the case when it came to kids. The study found that every occurrence of one of the named social stressors in childhood increased the risk of shortened telomeres in adulthood by 11%. That number was stubborn and robust—sticking around even after the investigators corrected for all of the other variables that could have influenced the results. And while any study that relies on volunteers reporting their own experiences can be colored by poor recall or selective memory, most research shows that if anything, people tend to exaggerate the good in their past rather than the bad.

“Previous studies on the validity of retrospective reporting from childhood,” the researchers wrote, “suggest that people are more likely to underreport early abuse experiences than overreport them.” Additional cases of shortened telomeres among the subjects in the study might thus have been attributable to childhood stress even if the subjects themselves did not mention it.

The mechanism at work that translates a bad experience to protein changes is uncertain, but the investigators suspect it involves the epigenome, the control system that sits atop the genome and regulates which genes are expressed and which aren’t. Unlike genes, which are essentially fixed for life, the epigenome is constantly changing. Life stressors, the researchers wrote, “may embed epigenetically and alter gene expression almost permanently.”

Getting old, of course, is never easy. As Bette Davis is said to have said, it “ain’t for sissies.” It is, however, supposed to be for the old. There’s a particular cruelty in early-life traumas so severe that they get the process rolling early—one more reminder to parents of the importance of raising kids carefully, gently and well. 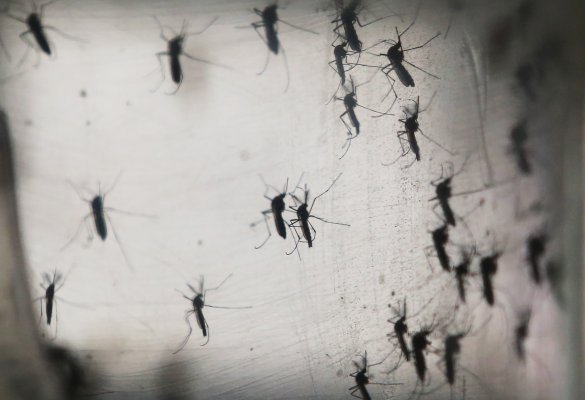