How to Reduce Violence Against Women in Trinidad and Tobago

I sat in my makeshift office chair after a long night at work with only two hours of sleep. My mind was racing about the recent launch of our center for abused and battered women. I was thinking about the number of emails before me which I still had to respond to and the letters I was about to begin penning to request support.

Then the phone rang. I was hesitant to answer; lately it had been one crisis after the other, one person in peril after another. So many women calling for help. At times, I felt as though my hands were tied, my voice useless, and my sacrifice in vain. I let the phone keep ringing. I really could not take on any more sad news.

Less than two minutes later, my phone began to ring again; this time from another number. Reluctantly I decided to answer.

“Another one gone, another one violated. OH, GOD! When will it end?” the person on the other end shouted. “When will those in authority really do something significant to help? When will they truly support people like you? It may be only when they and their family have to feel it.”

“Hold up,” I responded. “What happened now?”

“You ain’t hear what happen, Sherna? You ain’t buy papers? You ain’t listen to the news? They just find a woman body dismembered in a barrel in the river somewhere by Manzan. The man who did that have to be more than a beast.”

For a few minutes, my mind went blank, my blood ran cold, and my heart sank. I tried to imagine the last words of this woman: Her beseeching cries for her life, her thoughts of the children she would leave behind, and her thoughts of her own life. What could have been going through this man’s mind while he dismembered her body?

That day, like so many days, I wondered how a caring society can look on as women and girls are murdered and tortured and do nothing. How can the pleas of advocates go unnoticed? Why aren’t resources invested into this work?

Must violence personally touch the lives of those with means before they actually help? Or is the problem that the media has sensationalized the violence and desensitized people to the human consequences of these acts?

Trinidad and Tobago is facing a crisis. When I received that phone call, we were less than four months into the year, and already the tragedies were piling up: 41-year-old mother Hassina Sarah Khan was shot and killed by her ex; Rachel Chadee, a mother of three, was slashed in the face and forced by her male attacker to ingest acid; the wife of a prominent businessman took to social media after years of physical abuse and the failure of law enforcement to intervene and assist her; Amina Mohammed went missing two days after she took out a protection order against her ex-husband and was later found in a drain with her throat slit. There were other names too: Aluira Warner, Aneesa Murray, Jennifer Rampersad.

After that phone call, I added another name to my mental list: Eden Nekieisha Teesdale.

According to Margaret Sampson Brown, the head of the Victim and Witness Support Unit of the Trinidad and Tobago Police Service, “Between 2005 and 2015 almost 300 women have been murdered as a result of domestic violence.” This is an average of 30 women per year. This is already 30 women too many, but many advocates on the ground believe this figure underestimates the full extent of this crime.

In 2012, Chief Magistrate Marcia Ayers–Caesar announced that 12,106 new domestic violence cases were filed in the magistrate courts in 2009-2010.

In 2015, United Nations General Secretary Ban Ki-moon shocked the Caribbean region when he stated, “The Caribbean has among the highest rates of sexual assault in the world. Three Caribbean countries are in the global top ten for recorded rapes.”

Unfortunately, children are not exempted from this tumultuous unleashing of violent acts. In the month of March 2016, the newly appointed Children’s Authority unveiled that in its first nine months of operation there were 4,158 reported cases of children in need of care and protection. Trinidad and Tobago made history with these numbers. Their report revealed that the highest categories of child protection issues are sexual abuse, neglect, physical abuse, and children lacking care and guardianship.

The support mechanisms for women and children have serious gaps. And the lack of research and disaggregated data makes it difficult for non-government organizations, as well as government agencies and academic institutions, to make sense of the present challenge.

Many times, organizations like ours are the victim’s first point of contact. We are feverishly working on the ground as foot soldiers, but we receive little to no support from public and private sectors across the country. Requesting financial assistance is a bureaucratic process met with months of red tape. There are so many obstacles that many NGOs end up giving up and closing their doors.

The media could also make an impact if news outlets devoted serious coverage to this issue as opposed to stories that sensationalize and trivialize. No media house in our country has been bold enough to dedicate journalists to the issue of violence against women to examine causes and solutions and hold people accountable.

Academic institutions could step in and become part of the solution. The country does not currently offer any degrees or even certificate courses specifically for combating and preventing gender-based violence.

There is often the call for women and children to break their silence and come forward. When a victim breaks her silence, it is a life or death matter. If society encourages victims to speak out, there must be systems in place to fully support them. Their physical and mental health must be attended to. Hospitals need to hire sexual assault nurse examiners, and the government should place gender-based violence advocates in every major hospital in the country and in every police station.

And there need to be improvements in Trinidad and Tobago’s shelter system. Some women’s shelters are lacking in confidentiality and security measures to protect victims from their attackers; some women have even reported that shelter workers told their abusers where they were.

Most victims are forced to choose between staying with their abusers or separating from their children when they enter a shelter. And after 12 weeks at a shelter, the victim is faced with having no funds, no place to stay, and no support systems in place. Our organization has been calling for a transitional housing community to be established since 2008. Constant calls from advocates continue to this day, but financial support for victims of domestic violence does not appear to be a commitment for our government.

As an entire society, we need to do a better job of supporting victims. We need to shift cultural norms so that the victim isn’t blamed for the violence against her, so she isn’t further victimized by an uncaring public. We need more early intervention and prevention programs, and we need to better coordinate efforts among agencies, and even among the NGO community.

Women and girls are mortally afraid in Trinidad and Tobago. Victims of violence try to tell the world of experiences the world would prefer to not hear. They try to keep their voices relevant; however, the masses have ingeniously crafted subtle measures to silence them. I see the women I work with holding onto each other to make their voices stronger, even though many victims would rather forget the pain of their experiences.

Many women and girls struggle alone and fight alone. They fight to maintain their sanity; they fight to stay alive for their children, and they persevere so their stories can be told. They look to a future where violence will be no more.

Meanwhile, my phone keeps ringing. When will we all answer?

Sherna Alexander Benjamin is a contributor from Trinidad and Tobago. This piece was originally published on World Pulse. Sign up to get international stories of women leading social change delivered to your inbox every month here. 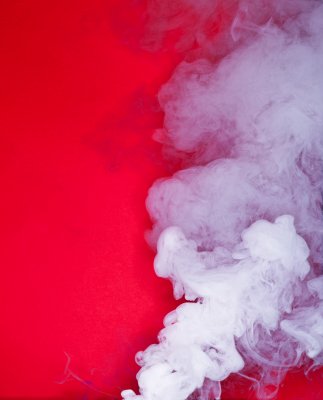 Inside the Fight for Cleaner Air
Next Up: Editor's Pick