Saturday Night Live opened its 42nd season with a direct parody of the lively first presidential debate between Hillary Clinton and Donald Trump.

It was the first time Alec Baldwin played Trump, and the show took a different route with the candidate this season. Instead of sticking to Trump’s wealth and the wall, the cold open presented an extreme version 2.0: self-satisfied, defensive and paranoid.

For Kate McKinnon’s part, SNL went back to the standard Clinton material: a stiff character who cannot for the life of her seem relatable, overly coached and foaming at the mouth for the presidency — a feat the show suggested Clinton could achieve if people voted during the debate’s live broadcast.

Baldwin took Trump’s emphasis on Sean Hannity to ridiculous heights and McKinnon’s Clinton struggled a lot more than the real deal when recalling the specifics of her father’s work with drapes.

The moments were all familiar, sure, but how did the sketch’s exaggerations compare to one of the hammiest debates ever? See SNL’s version of the events vs. to the real thing in this video comparison. 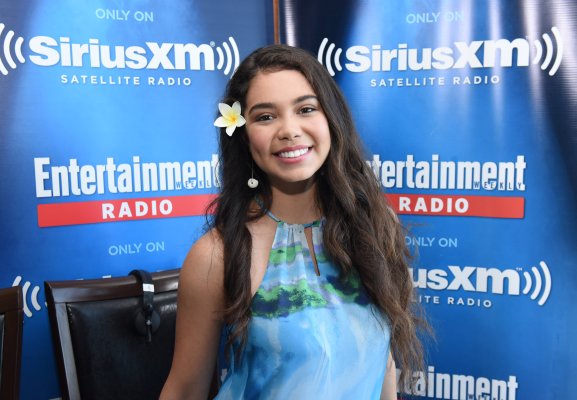 Watch The Rock and the Star of 'Moana' Raise Some Eyebrows
Next Up: Editor's Pick