John Oliver knows that the police have a “difficult, dangerous, challenging job,” which is made even more difficult because they frequently have to deal with “humanity at its worst” — as proved by a video clip of a Montana cop arresting a Ron Paul supporter.

However, because police have been in the spotlight over a series of fatal shootings that have garnered widespread attention and protests, Oliver decided to devote a segment of Last Week Tonight to looking at the crumbling trust between police and the citizens they are meant to protect.

Oliver says that so-called bad apples — cops who are violent or act unlawfully — are ruining the reputation of the good, trustworthy police. However, there are some challenges to weeding out those bad apples. For starters, there are 18,000 police departments in America, according to Oliver, which makes it incredibly difficult to police the police. In addition, there is an unspoken code of silence among police officers, and officers who do report on their fellow officers, may end up chased out of the department. Additionally, prosecutors may be hesitant to charge police officers, because they frequently need to work together, which could make work awkward — at least as awkward as Mary J. Blige singing Bruce Springsteen’s “American Skin” to Hillary Clinton, according to Oliver.

However, police officers have a lot of leeway in their actions, to the extent that there’s even a category of lethal shooting that is considered “lawful but awful,” which, according to Oliver, “is also the legal definition of Woody Allen’s marriage.” 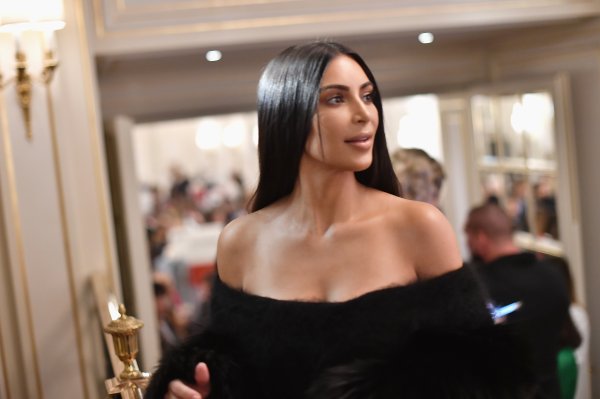 Kim Kardashian Robbed of $10 Million in Jewelry in Paris
Next Up: Editor's Pick