Hillary Clinton Returns to Ohio in a Changed Race

When Hillary Clinton’s blue-tinged 737 touched down in Ohio on Monday morning for the first time in 29 days, locals greeted a changed Democratic nominee in a much changed race.

The last time she campaigned in the battleground state, Clinton was days away from a pneumonia diagnosis and derailed by a coughing fit at a Cleveland Labor Day rally, fueling a fusillade of conspiracy theories about her health.

Now Clinton has rebounded in a fine fettle, just in time to make the case for her candidacy as Ohio wraps up its voter-registration period.

Clinton will campaign in the former world’s rubber capital of Akron for a voter-registration event and deliver a speech on the economy in the aging industrial hub of Toledo. Her return to the Rust Belt on Monday comes a week before voter registration ends and early voting begins a day later.

Mail-in voting is up in Ohio compared with 2012, which gives some comfort to Clinton aides who are watching tight polls. A bonus came on the eve of Clinton’s trip, when Cleveland’s NBA giant LeBron James announced he was endorsing her. Clinton’s visit on Monday is meant to usher a final wave of registrations before the Oct. 11 deadline.

Clinton’s return is a nod to a state that has long been at the center of presidential politics, but one that is in transition. For perhaps the first presidential election in decades, Ohio is a state that Democrats can afford to lose and might break for the first time with the national winner. The state’s unofficial motto is “As goes Ohio, so goes the nation,” a recognition that the last Democrat to win the White House without Ohio was John Kennedy in 1960; no Republican has ever done so.

Donald Trump — who has suffered a slow-motion collapse after he struggled at the first debate, feuded with a Latina model and lashed out after the New York Times showed he lost nearly $1 billion in personal income in 1995 — almost certainly must win in Ohio in order to win the White House.

An internal memo circulated by Clinton campaign manager Robby Mook and obtained by TIME showed that her strategists see the state as a must-win for Trump — but not for her. She can handily win 270 electoral votes without winning Ohio, Mook said in the memo; Trump almost certainly must win Ohio if he is to have a viable path to the White House.

“If we get results in early on Ohio on election night, and we win, I don’t know what other states Trump will be waiting for,” said Harrell Kirstein, communications director for the Clinton campaign in the state. “There are a couple of ways that we can stop him in his tracks, and [Ohio] is one of them.”

Ohio is less the bellwether state it once was, and its large contingent of white working-class voters and aging Rust Belt factory towns are making it look more like Trump territory. Swing states like Florida, Nevada and Colorado have fast-growing Hispanic populations, but Ohio’s nonwhite population rose just 1.1% compared with 2.2% for the rest of the country since 2012. The days when a Democratic candidate needed to win Ohio in order to win the White House may be over. “This is about a speed bump, not a roadblock,” a Clinton ally with Ohio experience said. “She can get to 270 without Ohio. He cannot.”

Clinton will give a populist speech on Monday, calling for a revamp of the corporate tax code and raising the minimum wage, according to a preview provided by an aide. She’ll attack Trump’s business practices, which have sparked numerous lawsuits by contractors who said they were never paid for their work. It’s the kind of speech designed to counteract Trump’s support in the Rust Belt.

But Clinton’s campaigning priorities have been a concern for local officials in Ohio. Ohioans, in some advisers’ estimation, could slip from Clinton’s grasp. Polls have consistently given Trump a hair’s-edge advantage, fueled by promises of a trade war that economists predict would be ruinous for a global economy but could provide comfort for voters angry that their way of life has changed. Disengaged millennial voters on and near college campuses separately have local party leaders nauseous, and there are the constant worries about having enough election machines in the cities, where Democrats have their strongest numbers.

Clinton’s aides brush off suggestions that her 29-day absence shows she is writing off the state. While Clinton herself has been away, her campaign has filled in for her in absentia. Her surrogates from Elizabeth Warren to the cast of The West Wing blanketed the state in numerous campaign trips. Clinton’s campaign is spending many multiples what Trump has doled out on television advertisements.

“Why send her to Ohio when voting doesn’t start for a month? Any enthusiasm from that trip goes away,” explained one senior aide. “Ohio’s voter-registration deadline is Oct. 11. Early voting in Ohio starts on Oct. 12. Now is when it makes sense for her to make the ask.”

Clinton’s aides billed September as a month for nonpolitical outreach, including high-profile supporters like America Ferrera, Sean Astin of Lord of the Rings fame, Sean Patrick Thomas and John Lithgow, among others.

But Clinton’s Democratic Party allies joined the tour as well. Running mate Tim Kaine, husband and former President Bill Clinton, daughter Chelsea Clinton and her opponent-turned-surrogate Bernie Sanders all have been in the state too.

One Clinton ally pooh-poohs the nervousness and points to ad tallies in Ohio’s three major broadcast markets as proof that she isn’t abandoning the state. Between now and Election Day, Clinton’s campaign has booked almost $6 million in TV ads for the traditionally Democratic Cleveland-Akron media markets. Trump has about $270,000 on the books. In Columbus, a swing city whose suburban counties were a major focus for Republican nominee Mitt Romney in 2012, the spending is just as lopsided; Clinton’s campaign has booked almost $4 million to Trump’s $288,000. And in the Cincinnati market, where Republicans typically do well, Clinton has more than $4 million to Trump’s $394,000.That’s a lot of money to spend on a cause deemed completely lost.

But without Clinton on the ground, it’s tough for them to build the enthusiasm for Clinton, a former Secretary of State, Senator and First Lady who already has made history as the first woman to lead a major-party ticket. On Monday, Clinton will aim to set that straight. 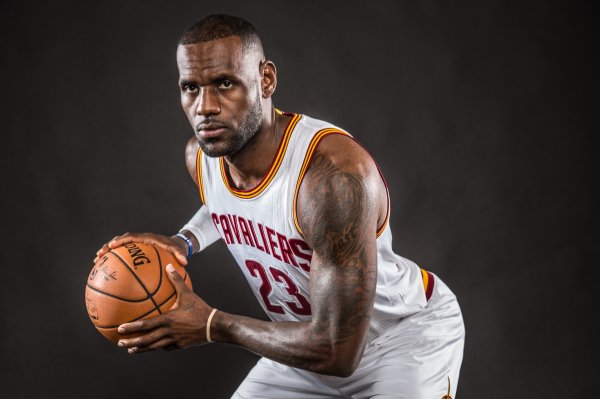