More Than 100 Nations Say the Legal Ivory Trade Must End

A female ranger walks next to stacks of elephant tusks at the Nairobi National Park on April 30, 2016
Carl De Souza—AFP/Getty Images
By Tekendra Parmar

A group of 182 nations struck an agreement Sunday, calling for the complete shutdown of all legal domestic ivory markets.

The agreement was made during a conference held by the Convention on the International Trade in Endangered Species (CITES) in Johannesburg on Sunday as a means to combat elephant poaching, reports the Guardian.

While the CITES agreement is not legally binding, it marks the first time in history member states have agreed to end, rather than regulate, domestic ivory sales. CITES also announced for the first time that destroying stockpiles of seized ivory was a viable option, a move that 22 countries are already taking.

More than 140,000 savannah elephants were poached for ivory between 2007 and 2014, according to the Guardian. On average, one elephant is killed every 15 minutes.

“We believe domestic ivory markets are driving poaching across Africa,” Patrick Omondi, a member of the delegation from Kenya, told the Guardian.

There is a total ban on trading ivory internationally, although some countries permit antiques and other items made of ivory to be bought and sold domestically.

While Kenya is among the group of countries that are calling for a crackdown on the global ivory trade, not all member states are in favor of enforcing stricter measures.

In June, Zimbabwe, which currently has a population of around 84,000 elephants and a stockpile of 70 tons of ivory, announced it would lobby to lift the international ban on ivory sales during the CITES conference. The European Union also issued a position paper in July, opposing a complete ban on the domestic ivory trade, instead advocating for countries with a growing number of elephants to “sustainably manage” their populations.

But international pressure to ban domestic ivory markets is growing. In June, the U.S. enacted a near-total ban on the commercial trade of ivory within the country.

On Monday, CITES will convene again to debate a proposal by southern African nations to lift the ban on selling ivory, alongside a counterproposal from 29 other African countries that aims to make protections on elephants even stricter. 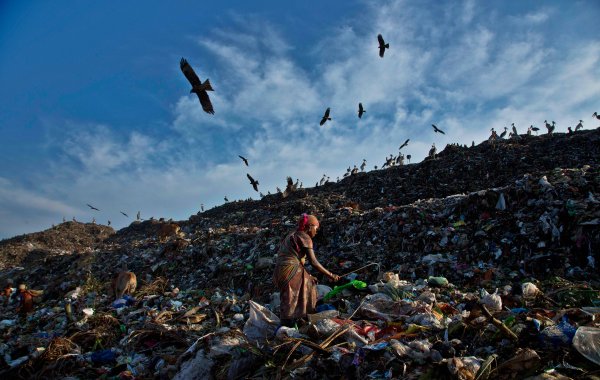 India Has Ratified the Paris Climate Change Agreement
Next Up: Editor's Pick