The Paris climate change agreement to curb rising global temperatures moved closer to coming into force on Sunday, after India, the world’s fourth-largest emitter of greenhouse gases, formally signed on to the pact.

India, which accounts for about 4.5% of the world’s greenhouse gas emissions, became the 62nd country to formally join the international accord that was agreed to by negotiators from almost 200 countries at a conference in the French capital in December.

To make it legally binding, at least 55 countries representing 55% of global emissions need to formally ratify the accord that aims to limit the rise in global temperatures to “well below” 2 degrees Celsius above pre-industrial times. With China and the U.S.—the world’s two leading carbon emitters—having already completed the process, India’s move means that countries representing 51.89% of emissions have now ratified the historic agreement.

“Today the government of India has demonstrated global leadership and vision by joining the Paris agreement on climate change,” United Nations Secretary General Ban Ki-moon said as India ratified the agreement on the birthday of Mahatma Gandhi, the Indian independence leader.

The European Union—a 28-country bloc that accounts for about 12% of global emissions—is expected to follow suit and formally ratify the Paris agreement in the coming days. 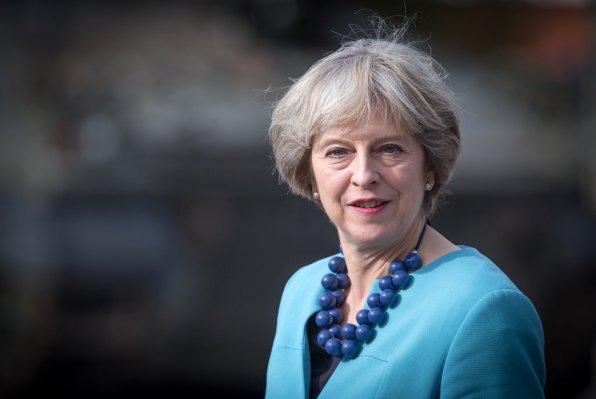 Britain's Theresa May Signals 'Hard Brexit'
Next Up: Editor's Pick