Donald Trump on Friday criticized Hillary Clinton’s marriage and said he plans to raise the subject at the next presidential debate, aiming to unsettle his Democratic rival.

“Hillary Clinton was married to the single greatest abuser of women in the history of politics,” Trump said Friday in an interview with the New York Times, referring to former President Bill Clinton. “Hillary was an enabler, and she attacked the women who Bill Clinton mistreated afterward. I think it’s a serious problem for them, and it’s something that I’m considering talking about more in the near future.”

Trump has danced around the issue recently, threatening to give Gennifer Flowers—with whom Bill Clinton admitted to having an affair decades ago—a front-row seat at the first presidential debate.

Trump told the Times on Friday that infidelity was “never a problem” in his own three marriages. Trump’s relationship with his second wife, Marla Maples, began while he was still married to Ivana Trump. He and his current wife, Melania, were married in 2005.

“I don’t talk about it. I wasn’t president of the United States. I don’t talk about it,” Trump said when asked about his affair with Maples. “When you think of the fact that he was impeached, the country was in turmoil, turmoil, absolute turmoil. He lied with Monica Lewinsky and paid a massive penalty.”

Trump, aiming to make up for a widely panned performance in the first presidential debate, said he hoped the topic of the former president’s extramarital affairs would turn off female voters and unsettle Hillary Clinton.

“She’s nasty, but I can be nastier than she ever can be,” Trump said. 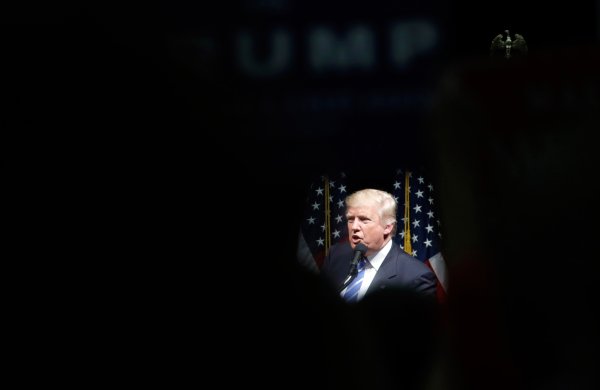