12 Tricks to Boost Your Energy

Which is why it’s tempting to down a cup (or two, or three) when you’re nodding off at work, or when you wake up in the morning feeling not quite refreshed.

What constitutes large quantities depends on the individual, but in general, more than 5-600 milligrams (or four cups) a day may cause side effects including insomnia, nervousness, and stomach problems.

Even if you consume less than that, the energy boost from coffee wears off after a few hours, leaving you as tired as you were before, if not more so.

Fortunately, there are plenty of alternative ways to perk yourself up — beyond simply sleeping more at night. Below, we’ve complied a list of scientifically backed ways to stay alert without consuming any caffeine at all.

Business Insider: The 11 best tricks to turn yourself into a morning person

1. Take a nap
As long as it’s not for too long or too close to bedtime, napping for five to 25 minutes about six to seven hours before you’d normally go to bed is a great way to recharge.

Going much longer than that means the post-sleep grogginess also known as “sleep inertia” will kick in, leaving you sluggish after you wake. Longer naps — of up to an hour — can sometimes be worth it, as long as you can afford the extra time to push through that groggy after-glow.

A 2008 study found that an afternoon nap was better than both getting more sleep at night and using caffeine to get over a midday slump. Other studies have shown that sleep improves learning, memory, and creative thinking, and even quick six-minute naps help people retain information better than if they hadn’t slept at all. “Naps, in contrast to caffeine, have been shown to enhance not only alertness and attention, but also some forms of memory consolidation,” University of California–San Diego researchers reported.

2. Eat a nutritious snack
Low blood sugar can make you feel foggy and lethargic. Large meals can have the same effect, because digestion takes energy (ahem, food coma). If you try to mask this effect with sugary foods and caffeine, you’ll get a momentary high before a rapid crash.

Eating small snacks packed with certain nutrients, such as iron, and good fats is a great way to get the benefits of a natural buzz. One study found that a high-fiber breakfast provided the greatest boost in alertness, and high-quality proteins — like those found in eggs — are also important. But there are a wide variety of foods that can help keep your energy levels high throughout the day.

Some of our favorite suggestions are avocado toast, peanut butter and celery, or carrots and hummus. Foods like spinach, beans, and lentils are great sources of iron, and iron deficiency is often a source of fatigue. Pairing those iron-rich foods with snacks high in vitamin C will help boost iron absorption.

Business Insider: Here’s what the maximum amount of caffeine you should be drinking in a day looks like

3. Drink water
Dehydration is a huge energy suck. It can cause fatigue, confusion, heart palpitations, and fainting, according to an American Chemical Society YouTube video.

This is because up to 60% of the human body is water. In addition to lubricating joints and flushing waste from the body, the bloodstream uses water to shuttle nutrients like oxygen and carbohydrates to various body parts, including the brain. A 2009 study by Tufts University researchers showed that even levels of mild dehydration — a loss of 1-2% of the water in your body — was associated with fatigue and confusion.

4. Watch cute animals online
Cats may be unusually lazy, but some people find that their furry antics provide not only a way to boost mood, but to combat sleepiness and boost productivityas well. (Videos of other cute animals could also do the trick, a 2012 study found.)

In a study published in June 2015, which surveyed 7,000 cat video enthusiasts, respondents said that watching internet cat videos raised their energy levels, heightened their feel-good emotions, and minimized their negative feelings, as reported by LiveScience.

The cat video fans said they felt “significantly lower levels of depletion … and significantly higher energy levels … after [viewing] than before.” One important caveat: The study didn’t measure whether the videos actually had those effects, only whether the participants felt that they did.

Increases in oxytocin, a neurotransmitter that heightens feelings of trust and emotion, and adecreases in cortisol, a brain chemical linked to stress, have been tied to our in-person interactions with animals; there’s a chance similar effects could be at play with our reactions to cute-animal videos, but research is needed to investigate exactly what’s going on.

5. Step outside
If you’re dragging at work, a quick step into sunshine may be all you need to recharge.Studies indicate that exposure to blue light during the day — a type of visible light that comes from natural sources like the sun and artificial sources like TVs, laptops, smart phones, and LED lighting — immediately improves alertness and performance.

But to keep us perky during the day, we need more than a softly glowing screen (which may beplenty to keep us wired when we’re trying to sleep at night). That’s why a dose of sunshine is ideal, while the less-bright lights of indoors aren’t quite enough to keep you from dozing off at your desk. In a 2014 study, those exposed to special formulations of blue light reported feeling less tired and had quicker reaction times and fewer lapses of attention during memory tests.

Bright light also activates the hypothalamus, a part of the brain that controls our circadian rhythms. Those are what regulate sleep and wakefulness, setting a normal schedule for our bodies and minds.

Deep breathing also decreases stress and anxiety, which in turn helps to boost your immune system, keeping you healthy and strong. But make sure you are practicing deep belly breathing to reap the benefits. Try one six-second exercise from a former Googler here.

7. Listen to music
Grooving to your favorite song releases multiple feel-good chemicals in your brain that cangive you a boost.

A study from 2011 showed that when people listened to music that gave them — as science writer Virginia Hughes put it — “goosebumps or chills” for 15 minutes, their brains overloaded with dopamine, a brain chemical that is involved in pleasure and reward. Your favorite tunes also activate other feel-good chemicals like serotonin and oxytocin.

Some studies of drowsy drivers have also found that music — especially loud music — can help keep people alert, though the effect may not be long-lasting. And certain playlists might be better than others: “The more varied the music,” noted a 2004 review, “the more [stimulating] it is.”

Even better? Sing along. One study found that people who sang felt less tired and more energetic than they did before the musical task.

8. Chew gum
It’s not necessarily a bad habit. Keeping your mouth busy seems to keep your mind alert as well. Some studies have suggested that chewing gum might be an effective way to reduce daytime sleepiness, perhaps because the act of chewing somehow increases circulation and activates certain regions of the brain.

Recent studies have also demonstrated that chewing gum can help people concentrate on exams, reduce anxiety, and increase reading comprehension. Just make sure you’re not smacking your gum too loudly if you’re around coworkers.

9. Dance or take a quick walk
Treating yourself to a little jig or a quick run up and down your building’s stairs is a great way to keep yourself awake. One study found that when participants exercised “during peak levels of sleepiness, subjective fatigue appeared partially alleviated.”

Getting up and getting moving also gets your endorphins flowing. These feel-good neurotransmitters help to relieve stress and fatigue and increase feelings of euphoria.

And if you dance to your favorite tunes, you’ll get the extra energy-boosting benefits of music (see No. 7).

10. Laugh
Here’s one more reason to check out those cat videos during the workday: Humor can give you an energy boost.

One study found that college students who watched about 12 minutes of clips from comedy routines felt more energetic afterward than those who didn’t watch the clips.

11. Sniff some rosemary
Consider keeping a stash of herbal oil in your desk drawer. Studies have found that people who sniff rosemary or rosemary oil feel more alert, “fresher,” and more relaxed. They may even perform better on tests of cognitive ability, compared to people who sniff lavender oil or don’t smell anything.

Business Insider: A coffee expert shares the 6 things every coffee drinker should have

12. Look away from the screen
Looking at one target, such as a computer screen, for a long time can hurt your eyes and make you struggle to keep them open.

As much as 95% of Americans are at risk for so-called computer vision syndrome — especially those who work in an office. All that screen time can cause eye irritation and dryness, eye strain, blurred or double vision, headache, and shoulder and neck pain.

You can minimize the risks of damaging your eyes by reducing glare on your screen, upgrading your screen to an LCD, blinking frequently, correcting your posture, and gazing at a distant object every 20 minutes.

Thanks for reading — now look away! 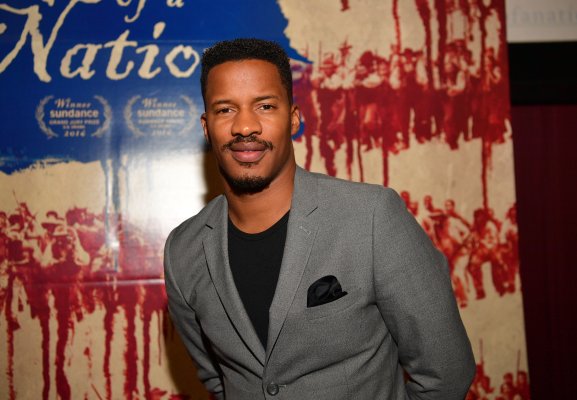