How America Can Get Out of Its Economic Swamp

The recently restored U.S. Capitol dome is lit by lights in Washington on Monday evening, Sept. 26, 2016.
Bill Clark—AP
Ideas
By Eugene Ludwig
Eugene Ludwig is CEO of Promontory Financial Group and the former Comptroller of the Currency under President Clinton

The process of establishing and approving our federal budget has somehow become an annual exercise in brinksmanship. Each year, some elected officials believe it necessary to threaten the proper functioning of our country in order to make a confused stand about government spending. Last week, Congress approved another short-term spending bill to avoid a government shutdown. The real tragedy is that our current budgetary system creates a bias against the spending necessary to support long-term growth, productivity and competitiveness. Resetting the rules and procedures governing the federal budget will allow for a more honest and accurate debate about the investment America really needs.

Our nation’s economic strength has suffered because spending on infrastructure, education and basic research is considered an immediate cost rather than a long-term investment that will ultimately pay for itself. In short, America needs to revolutionize its thinking on the budget.

It’s no wonder both presidential candidates have agreed that this is a priority for our country—infrastructure spending is at a 20-year low. Drive down any highway, cross any bridge, or travel through any airport and you will see the effects of this underinvestment—America’s foundation is in steady decline. This makes little fiscal sense, as we all know it is cheaper to fix a bridge before it falls down. However, our current budgetary process exacerbates the problem by not properly accounting for the long-term benefits of such investment.

Currently, our government uses a 10-year cash-based budget that does not allow for discounting future revenues or spending in that window. Congress’s current approach books the entire cost of capital investment when the money is spent—the real economic benefits are not counted. This system creates a budgetary bias against crucial spending, favoring instead shorter-term expenditures with more immediate but weaker effects on growth and productivity. Congress is less likely to fund a bridge today because the costs are immediately booked, even though returns will only begin to be realized after the project is completed.

A capital budget that differentiates between ordinary, day-to-day expenses and long-term expenditures targeted at improving growth would correct for this bias. This is common practice in the private sector. In fact, most state governments use capital budgets. This approach would allow for capital costs to be spread over the period when the benefits accrue.

Infrastructure spending, thoughtfully directed, can be the engine of technological superiority for the future. We’ve seen countless examples of other countries leading the world in high-speed rail, renewable technology or cutting-edge airports. These provide the backbone for domestic efficiencies, improved economies, and greater export opportunities—to say nothing of the revenues such projects can generate on their own.

Education is also considered a cost, despite the integral role it plays in ensuring we have the skills to compete. Government research belongs in the same category: many of the indispensable technologies we enjoy today, from the Internet to GPS systems, were made possible by public spending decades ago.

It is difficult for other sources of capital to fill the gap. Infrastructure spending provides a longer-term payback for society than the private sector is typically able to finance. The same is true of education and research. Their benefits are incalculable, but because such investments are so slow to mature, the private sector has little ability to value—let alone fund—these crucial areas. It would have been much more cost-effective to address this issue 10 years ago. But it will be exponentially more difficult another 10 years down the road.

The Congressional Budget Office and two Presidential commissions have looked into the idea of capital budgeting. While acknowledging the many benefits of a capital budget, they concluded this approach is too susceptible to politics. Politicians, they reasoned, would opportunistically seek to characterize their favored projects as “investment” and any disliked projects as regular spending.

Yet these studies failed to recognize that these investments are not a partisan issue: spending on infrastructure, education and research has broad support across both parties, and it is painfully clear that our current system is subject to political hijacking.

Other arguments, especially those opposing deficit spending simply do not hold water. They deploy misleading analogies, comparing our country’s finances to an individual household. As the argument goes, an individual would risk bankruptcy if she lived beyond her means; why is the federal government entitled to do so? But households also prudently borrow to finance everything from homeownership to education. They use debt to endure rough patches and understand the value in proactive spending to prevent more costly crises. The leaky roof might need to be repaired before the next paycheck; a responsible person borrows money to pay the roofer before allowing the water damage to collapse the roof.

Other standard tropes, such as concerns over inflation, crowding out of private investment, and a high debt-to-GDP-ratio have no basis in the current economic reality. We are dangerously close to deflation and there is no rational basis for expecting prices to increase. While private investment has fallen, there has been no corresponding increase in interest rates to suggest private capital has been priced out from borrowing to finance investment. The country’s debt-to-GDP ratio continues to shrink, and there is no reason to believe the attractiveness of treasuries will evaporate. Yields have barely moved although sovereign funds have significantly pared their holdings and investors have flocked to the safety of treasuries amid recent turmoil.

We need to learn from history. Time and again, we have seen the devastation wrought by unchecked adherence to austerity. It was contradictory fiscal policy, combined with an overly-tight monetary policy, that turned what would have been a small recession into the Great Depression. In the Latin American crises of the 1980s and the Asian financial crisis of the 1990s, austerity trades temporarily satisfied creditors at the expense of long-term growth. We are living through another clear example in Europe’s sovereign debt crisis. In 2014, the IMF backed this up with numbers, showing that every euro cut from the budget ended up costing 1.50 euros in lost growth. Misguided austerity arguments continue to wound our economy and they must be put to rest.

Many companies struggle to plan beyond quarterly or annual cycles. Politicians focus on their two-, four-, or six-year terms in office. Even our federal budget’s 10-year window is woefully short-sighted.

With interest rates at historic lows, now is the time to be borrowing for our future—putting America on a sound footing for the rest of the 21st century. There is no moral imperative to cut spending and balance budgets. In fact, quite the opposite is true. We need to reframe the budget debate: it is about accounting for long-term benefits and ensuring success for generations to come. 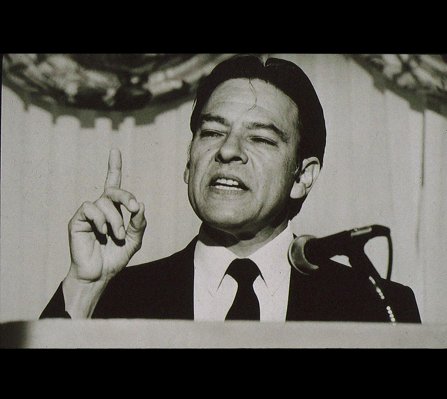