Read What TIME Said About Hugh Hefner 50 Years Ago

Playboy Enterprises said in a statement that Hefner “peacefully passed away today from natural causes at his home, The Playboy Mansion, surrounded by loved ones.”

Hefner was born in Chicago in 1929. After graduating from the University of Illinois at Urbana Champaign, he worked at Esquire before launching Playboy in 1953 and going on to make millions. TIME wrote a cover story on Hefner in 1967, which called Hefner a “prophet of pop hedonism” and described Hefner’s particular genius in launching Playboy:

As the success of Playboy grew, Hefner became a larger than life personality, living in over-the-top mansions and always surrounded by a bevy of beautiful women, his “bunnies.” TIME’s cover story said of Hefner’s lifestyle:

At its peak in the 1970s, Playboy had more than 7 million readers. Now, the magazine has a circulation of about 800,000 but its iconic logo showing a rabbit head wearing a bow tie is still one of the most recognizable in the world.

Hefner leaves behind his wife, Crystal Harris, as well as four children. 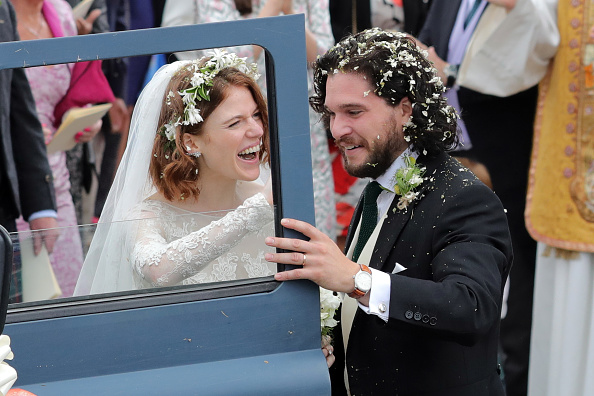 Everything You Need to Know About the Real-Life Love Story of Kit Harington and Rose Leslie
Next Up: Editor's Pick