Obama and Clinton both attended the funeral of Israeli statesman Shimon Peres on Friday and flew back to the U.S. together on Air Force One.

Before they departed, video captured by Sky News shows Obama waiting inside the doorway of the plane, clapping at Clinton on the tarmac below. Appearing to grow impatient, Obama eventually stepped outside to get the former president’s attention.

“Bill,” Obama called from the steps of Air Force One, waving Clinton toward the plane. “Let’s go. I’ll take you home.” 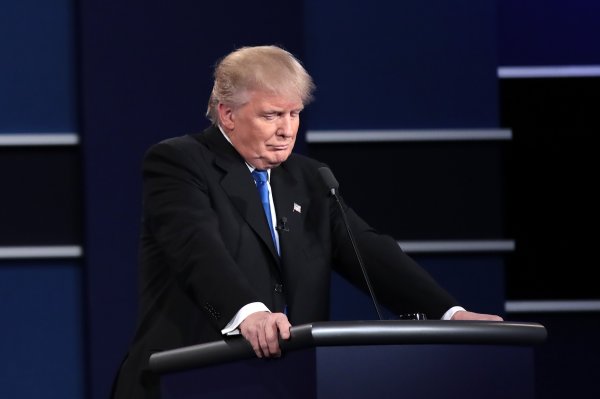 Here's the Video Trump Worried Would Be Used in a Campaign Ad
Next Up: Editor's Pick