A recent image of a young boy in an ambulance, covered in ash and blood, brought much-needed attention to the conflict in Syria and its tragic humanitarian toll. The refugee crisis in the Middle East and Europe is worsening and the innocent people trapped in the midst of conflict need our help now.

The U.N. High Commissioner for Refugees estimates that there are more than 60 million forcibly displaced persons around the world today—the highest number ever. Wars, religious persecution and terrorism have driven this record number of people from their homes.

Today, there are generations of children, who know no life other than one as a refugee. These kids have no home and if nothing is done, they will have no hope.

I’ve made three trips this year to these areas of conflict. I’ve had the chance to see this crisis up-close and meet with the displaced families. One Serbian family escaped the Taliban in Afghanistan and the Mullahs in Iran. They were on the run without a home and nowhere to go.

I toured the Adasevci Refugee Processing Center in Serbia, met with migrants and response workers, and saw refugees at the Sid Train Station near the Serbia-Croatia border. In fact, this border was closed earlier this year due to the dramatic increase in refugee flow.

This closure, along with the increasing flow of refugees to other European countries as well as the conflicts forcing families to flee their homes, were discussed at length at the Munich Security Conference. I spoke to European leaders as well as our own military officials about this growing crisis.

Russian President Vladimir Putin, further emboldened by the failed “Russia reset,” has decided not to help the world’s most vulnerable and instead worsen their plight. Russia’s campaign of airstrikes in Syria largely targets civilian areas, not ISIS strongholds, causing Syrian migration to Europe to surge. This tactic causes human suffering and, as General Breedlove noted, is being used as a means to “overwhelm European structures and break European resolve.”

I also traveled to southeastern Turkey and visited the Nizip refugee camp near the Syrian border. For the 10% of refugees in Turkey lucky enough to be living in camps, the services and facilities we saw were good. But 90% of the refugee population in Turkey lives outside these camps.

While the Turkish government detailed to us an impressive list of services they provide to those refugees, the devil is in the details.

Access to services for refugees is lacking. There are information gaps between the government and service providers. Refugees have been promised access to medicine, but many pharmacies have stopped providing drugs when government funding failed to come through.

To make matters worse, a failed coup attempt in Turkey has left the country embroiled in internal conflict. The subsequent crackdown by Turkey’s President Erdogan is threatening the fragile agreement on migrants and refugees with Europe. Things are likely to get worse before they get better for the roughly 3 million refugees residing there.

Syria’s conflict alone has led to 13.5 million people—more than half the total population of Syria—who are either internally displaced or refugees outside of the country. Turkey is the largest host with nearly 3 million Syrian refugees.

But Syria isn’t the only refugee-producing nation. War, violence and persecution are leading record numbers of people to flee Iraq, Afghanistan, South Sudan, Eritrea and Nigeria. The problem could compound at any moment. The Middle East and Africa have a number of states teetering on the edge of instability.

We must understand that this refugee crisis cannot be regarded as temporary. Until peace and stability come to Afghanistan, Iraq, and Syria, these refugees will remain stuck between a rock and a hard place—unable to settle in their host country, and virtually unable to return home. Should another fragile state, such as Nigeria or Libya fall, this crisis will only worsen.

The first step to ending the refugee flows from Syria is to end the conflict in Syria.

We need a change from President Obama and Hillary Clinton’s failed Syria policy. Their unwillingness to take a stronger stand on Syria has left the war-torn nation worse off, leaving an open door for Iran and Russia and allowing a murderous dictator to remain as president. Fifty-one of his own diplomats took to the State Department’s dissent channel earlier this year to urge strikes against the Assad regime.

We must take a firmer and more direct approach against both Syrian President Bashar al-Assad and ISIS. As yet another ill-conceived ceasefire deal has failed with the Russians, we need to recognize that Putin’s intentions are not pure. Just look at what Assad and his Russian allies were doing last week—bombarding Aleppo in what’s been described as the worst yet in the five-year war.

Rebuilding Syria and other war-torn nations will be another challenge—and one that requires the world’s attention. It’s not enough to end the fighting. We must help rebuild, otherwise, an entire generation will be left ripe for radicalization and terrorism.

We need a plan for the Middle East in the vein of the Marshall Plan, which rebuilt post-World War II Europe, but the U.S. alone cannot foot the bill. We will need multiple nations, as well as public-private partnerships, in a coordinated approach to give these refugees a place to come home to along with access to basic human services.

We cannot be naïve about our own national security. This is not about arbitrary numbers, but about aiding real people who truly need help. A reliable and strong refugee vetting system is a critical component of that.

The current refugee crisis is the worst the world has ever known. Without proper leadership, this dilemma could take decades to resolve and the little boy whose picture we will never forget could be 15, 20, or 30 before every experiencing a peaceful home.

We, the United State of America—the world’s beacon of hope—cannot allow this to happen.

This most dire situation requires bold action from the greater international community, but progress cannot be achieved without U.S. leadership. 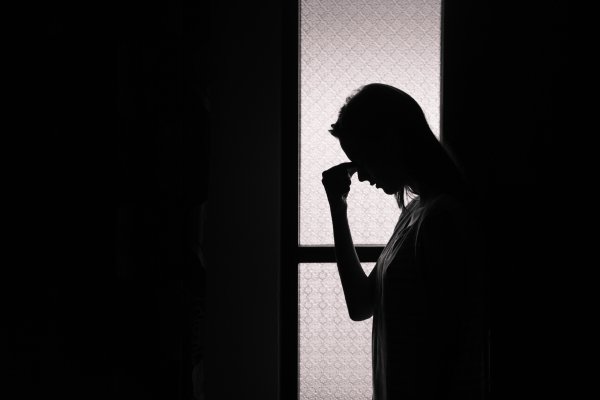 This Is the Domestic Violence Issue No One Is Talking About
Next Up: Editor's Pick