The Rosetta probe (L) and Philae lander are pictured above the 67P/Churyumov-Gerasimenko comet, November 10, 2014
ESA / Getty Images
By Feliz Solomon

An epic — and sometimes emotional — space mission that spanned 12 years and showed us spectacular close-up images of another world will end on Friday, when the Rosetta spacecraft makes a controlled descent to the comet’s surface.

The European Space Agency (ESA) said the spacecraft was ordered to change course Thursday and began barreling toward Comet 67P/Churyumov-Gerasimenko, which it has been orbiting for the past two years.

Rosetta will make a low velocity crash into the comet around 7:30 a.m. ET. The spacecraft is not expected to survive the impact.

The ESA said that as the aging machinery was “reaching the end of its natural life,” the mission will conclude with a collision that will bring Rosetta close enough for one last, detailed look at the 2.5-mile wide ball of ice and dust.

The ESA dispatched Rosetta on March 2, 2004 to begin its pursuit of 67P. It took more than 10 years to reach the comet and slip into its orbit. On Nov. 12, 2014, Rosetta launched the Philae lander to 67P’s icy floor, achieving the first landing on a comet in the history of space exploration.

The mission, which cost a total of about $1.8 billion, thrilled scientists and the public alike. Rosetta captured data of unprecedented detail that scientists hope will help the world to better understand the origins of the Earth.

The ESA will livestream Rosetta’s final rendezvous with Comet 67P. 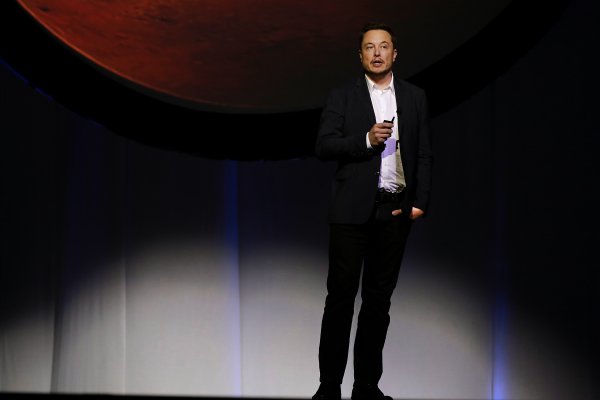 Can Elon Musk Really Colonize Mars?
Next Up: Editor's Pick