Police in Japan are investigating the possibility of a “serial poisoner” at one hospital who they believe had been injecting toxic disinfectants into intravenous drip bags, resulting in the deaths of two elderly patients.

Police said Thursday they believe the killings are likely to have been perpetrated by an insider with medical knowledge, after ten unused drip bags were discovered to have small holes punched into the rubber seals, reports the Kyodo news agency. The holes are signs that someone may have attempted to inject substances into the drip bags, the report suggests; police are analyzing the content of the bags.

The tampered bags were found on the fourth floor of Oguchi Hospital in the southern city of Yokohama, the same floor where the two poisoned patients had been receiving treatment. The two patients, both aged 88, died on Sept. 18 and 20 respectively, after receiving intravenous drips. Investigators found the men had been poisoned with surfactants — chemicals commonly used as disinfectants in hospitals.

The deaths follow a string of disturbing incidents at Oguchi Hospital over the summer, according to Kyodo. Since July, the hospital reportedly recorded 46 more deaths of patients on the same floor as the two deceased men. Hospital staff reportedly said no outbreaks of infection could account for the deaths. One reason offered was that the hospital was accepting more seriously ill patients than usual. An investigation into the deaths is underway. Kyodo also reported that a nurse’s apron had been slashed in July, and in August, another staff member’s lips blistered after consuming a drink that may have been tainted with bleach. 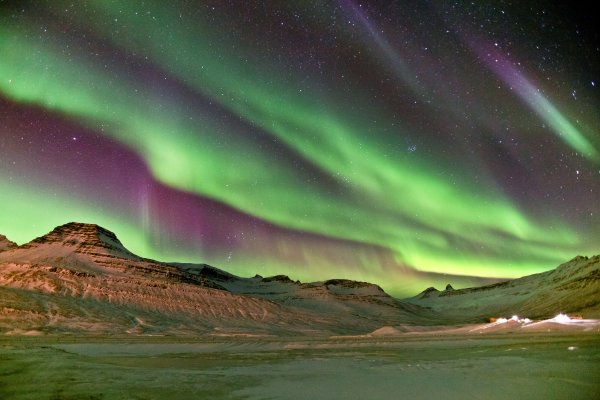 The Northern Lights Shine Bright in Iceland
Next Up: Editor's Pick