Families of U.S. Personnel in Democratic Republic of Congo Ordered to Leave Amid Unrest

Flares are launched by Democratic Republic of Congo police forces during a demonstration in Goma, the country's capital, on Sept. 19, 2016
Mustafa Mulopwe—AFP/Getty Images
By Dominique Rowe

In light of “continued instability in the Democratic Republic of Congo (DRC),” the U.S. State Department mandated Thursday the immediate departure of all nonessential personnel.

Families of U.S. government workers have been ordered to leave the country, amid unrest surrounding the country’s election process. A travel warning on the State Department website said most official government travel to the Congo had also been halted.

“Very poor transportation infrastructure throughout the country and poor security conditions make it difficult for the U.S. Embassy to provide consular services anywhere outside of Kinshasa,” the advisory said.

There has been a surge of violent clashes in Congo in recent weeks, largely owing to fears that President Joseph Kabila — who comes to the end of his second and final term in office in December — will delay democratic elections in order to maintain the presidency, reports the BBC.

Protests in the capital Kinshasa last week left at least 17 people dead and the headquarters of opposition parties torched. The State Department warned travelers that “armed groups, bandits and some elements of the Congolese armed forces … kill, rape, kidnap, pillage, steal vehicles and carry out military or paramilitary operations in which civilians can be indiscriminately targeted.”

The travel warning was issued a day after the U.S. imposed sanctions on two top DRC officials, in what is largely thought to be a warning to Kabila to respect the country’s constitution, according to the Guardian. 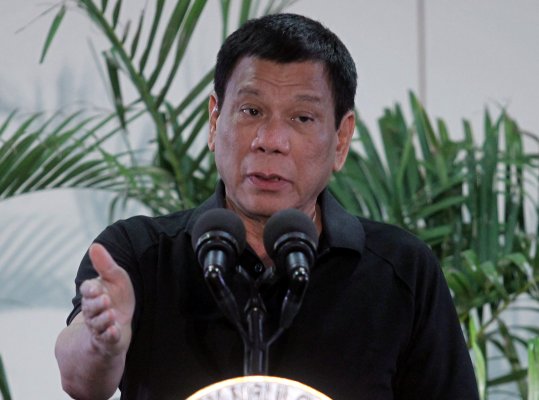 Duterte Invokes the Holocaust to Defend ‘War on Drugs’
Next Up: Editor's Pick