Wonder Woman Is Queer, According to Her Comic Book Writer

Wonder Woman’s sexuality has long been debated among fans. Diana Prince is an Amazon born on a female-only paradise island of Themyscira. Though she has a romantic relationship with Steve Trevor—a man who accidentally washes ashore on said island—some storylines over her 75 year history have implied she’s also had relationships with women. Now, the latest writer to take on the story confirms she has, indeed, had romantic feelings for women.

Greg Rucka, who is currently exploring the hero’s origin story with the “Year One” storyline with artist Nicola Scott, told Comicosity that Wonder Woman must be queer. (In the interview, queer was defined as “involving, although not necessarily exclusively, romantic and/or sexual interest toward persons of the same gender.”)

“I think it’s more complicated though. This is inherently the problem with Diana: We’ve had a long history of people—for a variety of reasons, including sometimes pure titillation, which I think is the worst reason—say, ‘Ooo. Look. It’s the Amazons. They’re gay!’”

He says if she Diana only interested in men, then fans could interpret her departure from Themyscira as an attempt to pursue a relationship with Steve Trevor. That interpretation, he says, would undermine both the sacrifice she makes leaving her home and her heroism. Here is Rucka’s quote in full:

Rucka went on to say, “Themyscira is a queer culture. I’m not hedging that” and added that DC has not pushed back on this interpretation: “Nobody at DC has ever said, ‘She’s gotta be straight.’ Nobody. Ever. They’ve never blinked at this.”

The question of how DC addresses with Wonder Woman’s sexuality is particularly pertinent in the wake of the first Wonder Woman film, which hits theaters in summer of 2017. Based on the trailer, the movie does not seem to portray Wonder Woman as queer. When the soldier Steve Trevor (Chris Pine) washes ashore on Themyscira, Wonder Woman (Gal Gadot) leaves the island to help save mankind from its own war—presumably her budding relationship with Steve is just a bonus.

Correction: The original version of this story misstated the author of the Wonder Woman comic. He is Greg Rucka. 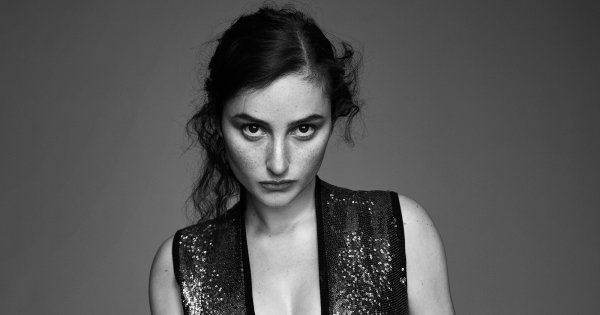 How Banks Found Her Voice on Her New Album The Altar
Next Up: Editor's Pick