How Banks Found Her Voice on Her New Album The Altar

On “F— With Myself,” the lead single from her sophomore album The Altar, out Sept. 30, Banks sings: “I f— with myself more than anybody else.” It may as well be her thesis statement on the record, which plays as a rallying cry of self-affirmation. The singer-songwriter—birth name Jillian Banks—became an enigmatic darling of the alt-pop world in 2014 when she released her debut album Goddess, but The Altar marks a dramatic leap forward in terms of hard-won confidence.

The sound of Banks’ new album is of the moment—dark, trappy R&B beats with distorted vocals—but the themes are timeless: Self-discovery, femininity and, most critically, tapping into her own strength and vulnerability, both as a woman and as a human being. It’s angry, too, in the most compelling way. “Admit it, you just wanted me smaller,” she snarls in the first moments of the album’s opening track, “Gemini Feed.” On another standout, “Weaker Girl,” she sings, “I think you need a weaker girl, kinda like the girl I used to be.” Then, just as nimbly, on the spare ballad “To the Hilt,” she lays herself emotionally bare: “I miss you on my team.”

On a late-summer afternoon in a Los Angeles cafe, Banks is thoughtful and self-assured as she recounts the depression that precipitated the recording of The Altar and what fueled her creative process.

TIME: Do you feel more confident putting out your second album than you did with your debut?

Banks: I feel more comfortable. The whole thing was super foreign to me, initially. You put it out there and you have to talk to someone and it feels like they’re there to analyze your child. And really, you want to shield your child. The first album I didn’t know what to expect. I had a really hard time with it, and I still have a hard time with it sometimes.

What about it is hard?

You want to shield what means a lot to you. Music is the most private place in my life, but it’s become the most public part of who I am. It’s this weird dichotomy, which leads to mixed feelings.

What did you want to do on this record that was different from the last time?

I didn’t want to do anything differently. I never go in wanting to do something or having a plan. I’m just different.

I’m different as much as my music sounds different. That’s a hard question, because it’s like you have to pathologize everything you do and analyze yourself. But I felt empowered, and I wanted to breathe and exhale that feeling—a little bit sturdier. If I was in a really big wind tunnel, I would be like, you can’t push me over. That’s how I was feeling, a little bit. A lot bit. I was feeling a growl. I wanted to show that.

“Empowerment” is a buzzword right now, but rarely do songs about empowerment feel as gritty and muscular as they do on your record—like “Weaker Girl,” which is a song I really love.

I don’t know if it’s a real thing, actually. My uncle once used the term and now we always use it, so I just thought it was a thing. Maybe it’s not. I’ve felt real pain, and sometimes I channel the exhale coming out of that to write, and those are the songs that give me the most power and the most strength.

Anything. I wrote “Mother Earth” when I was coming out of a depression. I’ve struggled with depression since I was younger. It hits me every few years or so. It’s not like I know it’s coming—sometimes I think it’s coming right before I give birth to something big. This last time, I hadn’t gone through it in awhile, and it hit me super hard, and I was struggling to get out of it. “Mother Earth” came from feeling sickened by the way society, the world, and this business make women feel. Make me feel, sometimes. Just powerless. Fractured up body parts. I gave that song to myself because I needed that song. It’s not a song shitting on anything—it’s a song of healing and wanting. Follow me, and when you fall, follow me. Coming together. Me being the healer, almost. I wanted to give my energy and hold the hand of another woman who has felt how I feel.

Did you have experiences with your first album that were disillusioning? I know many artists do, especially women working in the music industry.

At moments, not the whole time, I felt like I had no control. How woman are portrayed in general—I felt the pressure of that. I felt disrespected when I was trying to say what I wanted. That if I were a man certain situations wouldn’t have happened. I had to learn how not to care about hearing that I’m a bitch. A lot of times I would make my voice small and sweet and polite. One of my first tours, a guitarist in my band slammed a door in my face. I didn’t know how inappropriate that was. I didn’t understand that that wasn’t okay. I didn’t fully understand that this is my face. This is my body. This is my music. I set the rules.

Why was “F— With Myself” the first thing you wanted people to hear?

I decided this should come first because this album is my altar. It represents who I am. If you’re putting yourself out there that much, you can’t care what people think of you.

It’s a hard thing to let go of, though—what people think of you.

It’s human. You’re a good person, and you love people and you want love in return—that’s healthy. But when you put your art into the world, you need to build up a wall. I’m not going to say I’ve never read a review—I have. The bottom line is, for me, my music is purely to function. Music saved me. It’s my best friend and the love of my life. It’s always there. It listens. It absorbs and processes things for me. When I discovered it, I needed to discover it. I made it for ten years without putting it into the universe. Now that I’m putting it out, it’s still for me. It’s important for it to feel like it’s mine. How can someone who doesn’t know me judge what I’ve gone through and tell me how to feel about something and how to sing something? You can’t judge that. I mean, you can. I sound naïve, maybe.

Would you ever write songs for somebody else? A lot of artists who can craft really strong hooks, like you do, also write for other people. 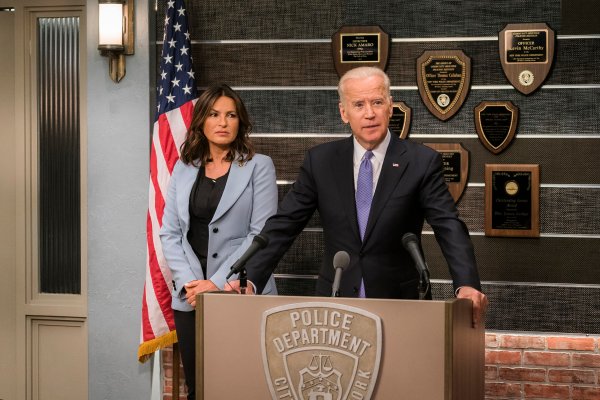