A group of young women in the Indian city of Gurgaon take a selfie at a party hosted by TrulyMadly, one of India’s biggest online-dating apps
Tsering Topgyal—AP
By Nikhil Kumar/  New Delhi

A young Indian woman in her early 20s is preparing to go out for the evening when her mother catches sight of her getting dressed. “Going out with someone?” she asks. “Yeah, Mom,” the daughter replies, telling her mother that she is going to a theater festival. As the two women chat, a nearby smartphone buzzes with notifications from Tinder, the dating app. Out of the corner of her eye, the mother sees that there are two messages waiting for her daughter. They’re from a boy named Samrat. “Ma, do you think this combination looks too weird?” the young woman asks, not letting on that she is going on a date. “No, no, it’s perfect,” the mother says, smiling knowingly, before switching from English to Hindi as a warm, homely melody plays in the background: “I would right-swipe this.”

The exchange takes place in a 1 1⁄₂-minute video posted by Tinder on Facebook on May 7, part of the app’s campaign to take advantage of an online-dating boom in the most unexpected of places: traditional India. In most cases in this country of 1.3 billion people, the business of matchmaking follows age-old traditions. Before individuals are paired off, families give careful thought to a prospective bride’s or groom’s religious, caste and regional ties. Astrological birth charts are compared, variations in income and education weighed. Except in some sections of urban India, dating—online or off—simply doesn’t come into it.

“Even today, India remains overall very conservative in the way people are matched with each other,” says Sonalde Desai, a demographer at the University of Maryland. A national survey led by Desai in 2011–12 that covered more than 40,000 households found that 95% of Indians continue to marry within their caste—the hereditary Hindu class they belong to. In some Indian states, the figure rises to 99%. Only about 5% of married women surveyed by Desai and her colleagues from Maryland and the New Delhi–based National Council of Applied Economic Research said they had chosen their own partners.

But this is also an extremely young country—more than half of Indians are under 25. The growth of technology and a more open and vibrant economy are stirring social changes among the young, ever greater numbers of whom are moving from their homes in smaller towns to study or work in larger cities. Although most are more likely to be looking for long-term partners over casual hookups, Indians today are freer than ever to interact with new people—thanks to their phones. With their phones and ability to access the Internet privately, “many young people have a freedom to explore, a freedom to chat and interact safely with others that did not exist before,” says Rajni Palriwala, a sociologist at the University of Delhi.

That access is expanding at a blistering pace. India has over 1 billion mobile-phone subscribers. Some 220 million people have smartphones, and increasing numbers of Indians are using their phones to go online. The number of mobile Internet users grew from 238 million last summer to more than 300 million by the end of 2015. Mostly young and urban, the total number of mobile Internet connections in India is expected to cross 500 million by 2020. Usage is growing rapidly even in rural areas.

Dating apps have been quick to take advantage of these trends. Los Angeles–based Tinder, which set up an office in New Delhi earlier this year, counts India as one of its top five growing markets and its biggest in Asia. The company declined to reveal the number of users in India but claims that the number of swipes on the service has nearly doubled since September 2015. “India is one of the most exciting markets in the world right now,” says Taru Kapoor, head of ­Tinder’s Indian arm. “We have a very large, young population, many of whom have come online, on their cell phones, for the first time in the last few years.”

The excitement is shared by a growing crop of homegrown rivals. Young people here are like young people everywhere, says Sachin Bhatia, chief executive of TrulyMadly, a New Delhi–based dating app that has been downloaded more than 3.5 million times since it launched in 2014. “They are interested in trying new things, [and] today they have more options to try new things.”

Navigating the social changes under way in India isn’t always straightforward. Although technology is opening up new avenues, relationships are still largely viewed as the union not simply of two people but of two families—even in the relatively liberal setting of urban India. When market-research firm Ipsos surveyed young people across 10 Indian cities, including Delhi and the financial capital Mumbai, in 2013, about three-quarters said they preferred involving their families in selecting a partner.

For India’s online-dating pioneers, this means treading with care. TrulyMadly’s founders, for example, were even unsure about using the term ­dating. “We actually hid behind the word match­making [when we launched],” says Bhatia. “We thought maybe the word dating wasn’t really acceptable.”

In fact, the company behind the app is called TrulyMadly Matchmakers. It was the users who soon began to question the pitch. India already has more than a thousand matrimonial websites—­conventional matchmaking 2.0—and the branding was proving confusing. “We had to change our mind-set,” says Bhatia. Sumesh Menon, who runs Woo, another dating app based in Delhi, which has been downloaded more than 2.5 million times since it was launched in 2014, echoes this view. “The target audience for matrimonial sites remains parents and the wider family,” he says. “But young urban professionals in the cities feel very differently from the same age group 10 years ago.”

It is a tightrope walk for the appmakers. To start with, says Desai, young urban Indians, while seeking more of a say in choosing their own partners, remain alert to how their families might view prospective matches, not least for practical reasons. “In most cases, elderly parents live with their children. So the approval of the parents becomes important,” explains Desai. Among users, this is partly reflected in the way they filter profiles. In the Woo app, for example, searches by hometown are among the standout trends, along with searches by religion.

Safeguarding the privacy and safety of users is another critical concern, an issue highlighted in recent years by a series of high-profile attacks on women, including the fatal gang rape and assault of a young woman in Delhi in 2012 as she returned from watching a movie with a friend. In 2014 the safety policies of the taxi-hailing app Uber became the focus of national attention when one of its drivers raped a female passenger in the Indian capital. The crime briefly led to the banning by local authorities of Uber and similar services. “For us, security and how we communicate was very important from the start, because the circumstances here are different,” says Bhatia. “People are understandably more cautious about meeting strangers.”

To ensure that users stay safe, he explains, Truly­Madly’s app deliberately gives more options to women. On TrulyMadly—unlike Tinder, which is gender-neutral in the way its app functions—­female users can sign up and browse profiles without uploading a verified picture. (Full functionality is withheld until they are verified.) For male users, verification is mandatory.

And part of the verification process, which determines a user’s trust score in the app, happens offline. Official IDs are checked, photos compared and scrutinized. “We have an in-house team which checks the picture of each guy, compares it to the official ID that he has given us,” says Bhatia. The pictures must also pass a set of stringent smell tests: TrulyMadly won’t allow profile pictures with beer bottles, revealing clothing, or sunglasses that could obscure a user’s identity. The app rejects about 12% of profile pictures each day. TrulyMadly even goes so far as to check professional claims in profiles, verifying employment records to make sure that users are being truthful. The strict filtering has helped drive up the percentage of users who are female from 25% to 30% in the past year, says Bhatia. “It’s a slow process, but we want to take it up to 50-50 hopefully by [the end of] this year.”

Perhaps partly reflecting safety concerns, Indian users prefer using the apps for chatting rather than for arranging to meet in person—particularly across towns and cities. Even Tinder, which in the West is used to find face-to-face matches in close proximity, has found that Indian users spend the greatest amount of time chatting on its app. TrulyMadly’s Bhatia, whose app is not location-based, says that who his users want to chat with is revealing. The app’s initial users were often women from smaller towns who had moved to larger cities for work or study. “Then we started seeing a fair bit of traffic from smaller towns, with girls from smaller towns talking to guys from larger cities,” he explains. “One, the pool in their hometowns is limited and one that they already know. Two, it is about aspiration.” The data bear him out. Some 45% of TrulyMadly’s users are from small and medium-size urban centers, and 20% of their conversations within the app are intercity.

For young Indian women—caught between traditional expectations and the challenges and opportunities of a changing world—the appeal of a dating app is that it allows them to take some control of their romantic lives. That quickly becomes apparent one humid June afternoon in the eastern city of Kolkata, where TrulyMadly gathers a group of young women ranging from university students to financially independent professionals to consider how to expand its reach beyond large cities like Delhi or Mumbai. Responses vary, but when the conversation turns to the meaning of dating, the women quickly distance themselves from the suggestion that they might be seeking casual encounters.

“The apps allow us to be more selective,” says Poonam, a 27-year-old with an MBA who works for a big Indian technology company. “It’s not like it’s arranged, but it is also not like you are meeting a stranger. You want to know as much about them as possible—where they have studied, where they work. That’s important.” She often travels out of Kolkata for her work. “I’ll see who I can meet in a new place before I go there. Chatting is important. The app gives me access to people I can’t meet here.”

The app also provides a safe environment, Poonam says, using a word that often features in TrulyMadly’s marketing spots: creep. “I don’t want to meet creeps. Some of that is obvious from profiles. But I can get to know a guy better by chatting to him, and I can do that from here.”

What kind of men would Poonam like to meet? She uses the word exotic. “For me, a guy from ­Chandigarh [more than 1,600 km away, in northwest India] is exotic, and I can browse those profiles from here,” she says, prompting giggles around the table. “It’s something new. That’s what it’s about, right?” 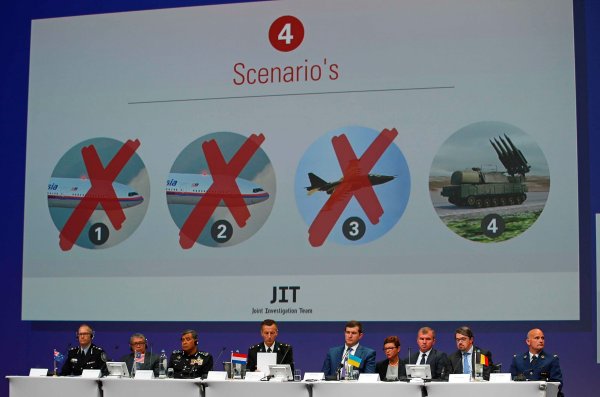 How Russia Has Obscured the Facts Over MH17
Next Up: Editor's Pick