This Year’s Flu Shot: What You Need to Know

Flu season is just around the corner, and public health experts are urging Americans to get vaccinated.

The flu vaccine is recommended for everyone six months and older, and is widely available at pharmacies and doctors’ offices. Unfortunately, the nasal flu vaccine, which is popular among kids and was used by 20 million people last season, will not be available. Vaccine efficacy tests revealed earlier this year that the nasal flu vaccine is currently not effective, for reasons that aren’t yet clear. Still, experts are urging Americans to get vaccinated in shot form to avoid getting the flu, which can be severe for young people and the elderly.

“Flu is serious, flu is unpredictable, flu often doesn’t get enough respect,” said Dr. Tom Frieden, director of the U.S. Centers for Disease Control and Prevention (CDC), during a press conference on Thursday. Getting the flu vaccine will cut a person’s risk of getting the flu by at least half, Frieden said, which is “far better than anything else you can do.” He also reiterated that the flu is not the common cold but an illness that can be debilitating for many people.

Every year scientists determine what strains to include in the flu vaccine based on estimates of what strains might be circulating. Some seasons the flu vaccine offers more protection than others. “[The flu vaccine is] not perfect; we wish it were better,” said Frieden, adding that getting the vaccine substantially reduces the risk of hospitalization.

Health authorities are asking Americans to get the vaccine before the end of October. But as Kaiser Health News reports, many pharmacies have been promoting the vaccine since the summer, which some infectious disease researchers argue is largely a marketing ploy. Evidence is mixed regarding how long protection from the flu vaccine will last if it’s given in the summer. “If you’re over 65, don’t get the flu vaccine in September. Or August. It’s a marketing scheme,” Laura Haynes, an immunologist at the University of Connecticut Center on Aging, told Kaiser Health News. It takes a couple weeks before a vaccinated person has full protection.

The CDC is concerned that fewer people will be vaccinated this season since the nasal flu vaccine option is not available. Frieden said that the nasal vaccine’s lack of efficacy is puzzling. “We don’t know why that happened,” he said. “We hope this option will be available as soon as possible in the future.”

If you’re wondering if you should get the flu vaccine, the answer is yes. Though the vaccine could more protective and consistent, it’s one of the most effective measures the U.S. has for preventing widespread illness. Not everyone is heeding the warning, however. The U.S. saw around a 3% drop in the number of people between ages 50 to 64 years old and people age 65 and older who got vaccinated for the 2015-2016 flu season. According to Frieden, if a vaccination rate is higher in a nursing home, the residents are less likely to die during that flu season.

Some people are more vulnerable to the flu than others, which is why vaccination effectiveness is a community effort. Infants and the elderly are at risk for more severe symptoms of the flu. Women who are pregnant are also at a greater risk, since pregnant women are six times more likely to die from the flu if they get it while they are pregnant. There’s also a six-month window when newborns cannot be vaccinated, which underlines the need for pregnant women and the people around them to get vaccinated. At age 45, most people have hit their peak immunity, which is another reason why adults are advised to get a seasonal flu vaccine.

You can read more about the specific kinds of vaccines and the strains for the 2016-2017 flu season here. 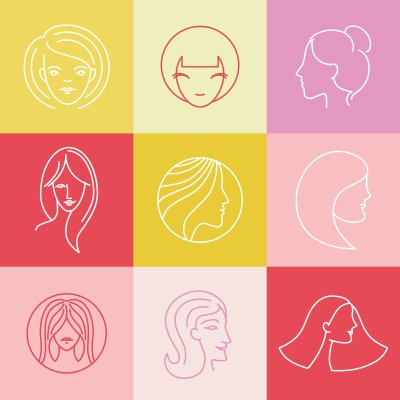 Your Attractiveness Depends on Who Else Is Around: Study
Next Up: Editor's Pick