Tim Tebow of the New York Mets works out at an instructional league day at Tradition Field on Sept. 20, in Port St. Lucie, Florida.
Rob Foldy—Getty Images
By Justin Worland

Tim Tebow scored a home run in his first at-bat as a professional baseball player Wednesday during an instructional league game.

The 29-year-old former NFL quarterback signed with the New York Mets earlier this month despite not having played the sport competitively since high school. Many observers saw the move more as a publicity stunt than a mark of Tebow’s abilities as a baseball player.

The home run may seem impressive at first glance, but some observers suggested its significance should not be overestimated. Tebow finished the day 1-for-6 at bat in the instructional league game. 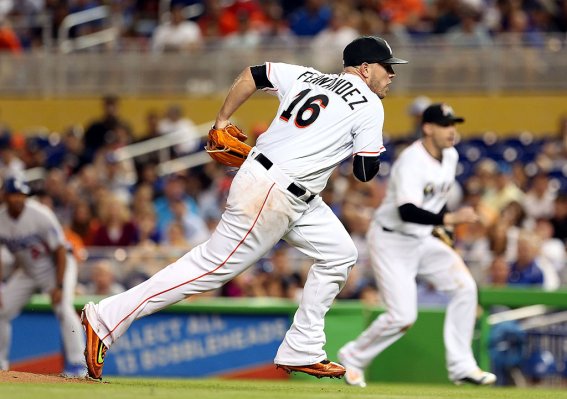 Miami Marlins Will Retire the No. 16 Jersey in Honor of José Fernández
Next Up: Editor's Pick