The Presidential Debate: Hillary Clinton, Donald Trump and the Politics of Weight

There’s this thing about men. They like to rank things: Women. Guitarists of the 1970s. Pitchers of the 1990s. Theirs is a hierarchical world. When men first meet other men, they circle each other warily in conversation until they find something they can rank together.

I’ve been trading on this dumb stereotype for so long, it’s embarrassing. But recently I was called out on it. “If I said anything remotely like that to you about something that women do all the time, you’d kill me,” my friend said after I teased him about naming his third favorite band. “You have a double standard for men.” I think I answered with something about how those not in power can make fun of those who are. But it didn’t feel right. Doesn’t that mind-set just perpetuate the idea that women need special accommodations?

I thought of that conversation when Hillary Clinton and Donald Trump, keeping with convention, released their medical reports. Trump revealed his weight, and the fact that he’s overweight caused a bit of a flurry. Clinton’s report did not have her weight. And no one (other than a few right-leaning sites) made a fuss about it. Maybe no one expected her to release it because she’s a woman. You can’t imagine a reporter yelling out, “What’s your weight, Mrs. Clinton?” There’d be an uproar. You could argue that centuries of dealing with men like Trump judging women by their appearance entitles women to keep the few double standards that are in their favor. And it’s absolutely true that if her weight were out there, it would cause the kind of embarrassment that it wouldn’t for a man. But I long for the day when a woman can announce her weight no matter what it is.

Going into the first presidential debate, all those contradictions were in play. It was like a giant gender showdown. On the one hand, you have a man who is a caricature of crude machismo. (Seriously, he released his testosterone levels.) Hostage to his own mid–20th century views of women, Trump can’t help reverting to type. But Clinton too is chained to that view of women, scarred and defensive after decades of battling it. She has sometimes seemed paralyzed by the impossible task of being both feminine and not, of refuting every female stereotype while still living up to absurd expectations.

So it’s not surprising that Trump walked into what is effectively a job interview confident that he didn’t need to do intensive prep. Meanwhile, Clinton was mocked for over-preparing. Like it’s weak or uncool to work hard. It’s a double standard, of course. Women have to be overqualified, or feel that they are, to even be on the same stage as a man. (There’s even some research that indicates many men will apply for a job even if they don’t meet all the requirements, while many women won’t apply for a gig unless they meet all the requirements and more.)

But a funny thing happened at the debate. All the clichés flipped. As the 90 minutes wore on, Trump unraveled. He got emotional. He shouted. He was defensive. He drooped and gulped glass after glass of water. The dozens of times he interrupted Clinton didn’t seem like the normal alpha male establishing dominance by “manterrupting” a woman. It looked instead like panic. And, yes, weakness.

Sure, people tallied how often Trump talked over Clinton, and there were accusations of bullying. But in truth, she didn’t need the sisterhood to defend her from the rusty old patriarchy. At the end, when Clinton noted that Trump once referred to a Latina Miss Universe, Alicia Machado, as “Miss Piggy” and “Miss Housekeeping,” he just sputtered in frustration.

He made things worse the next day, when he again belittled Machado, saying she had “gained a massive amount of weight.” Soon 1990s footage surfaced of a uniquely cruel spectacle in which Trump suggests svelte Machado is “160 or 170 pounds” and she is marched to a gym followed by an army of cameras.

And with that, Trump put himself in real peril: Never disparage a woman’s weight. You can joke about Chris Christie’s size, you can talk about how skinny President Obama is, but you cannot critique a woman’s weight. And you sure don’t want to do it if you’re a candidate trying to woo suburban women, or any woman.

Trump seems oblivious to all the criticism of his debate performance. “I know I did better than Hillary,” he said. Yep, he ranked himself. 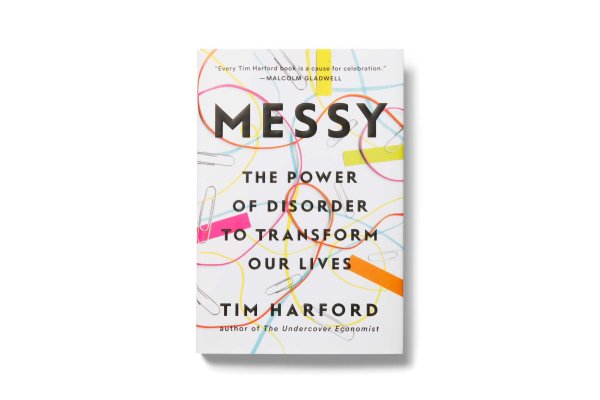 Are You a Slob? That Could Be a Great Thing
Next Up: Editor's Pick