A Storm Wiped Out Power to an Entire State in Australia

South Australia is still grappling with the effects of a severe storm Wednesday that knocked out power to the entire state.

According to the Australian Broadcasting Corp., power had resumed to much of the state capital Adelaide by Thursday morning local time, but tens of thousands of customers remained without electricity and more extreme weather was expected to complicate recovery.

The storm that struck the southern coast was billed as a once-in-50-years event by Australia’s Bureau of Meteorology. Gale force winds took out 22 transmission towers and tore down power lines. Trees were uprooted and rooftops ripped off buildings. Schools, shops and gas stations remain closed throughout most of the state, ABC reports.

The state’s Premier Jay Weatherill said he spoke with the head of the national energy provider, who assured him that the blackout could not have been prevented.

“[He] said to me that any system couldn’t cope with a weather event of this sort,” ABC quoted Weatherill as saying. “This is an unprecedented event. Nobody has seen such a catastrophic failure of so much major infrastructure in any other part of the nation.”

High winds are expected to continue on Thursday across the state, with the storm moving northwest into New South Wales. 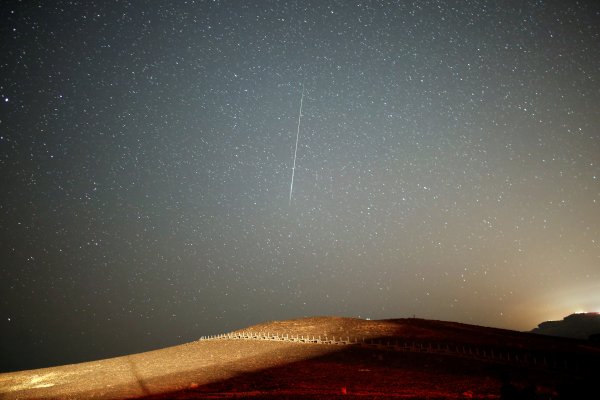 'Fireball' That Flew Over Australia May Have Been a Meteor
Next Up: Editor's Pick