The Racial Politics of Abortion

In partnership with ESSENCE and TIME, acclaimed filmmaker Dawn Porter (Gideon’s Army, Trapped) reports on the often-overlooked Black women who seek out reproductive services in America. This two-part docu-series gives a snapshot into the lives of Black healthcare providers, mothers and pro-choice and pro-life activists and shows how laws that restrict abortion access impact Black women and their families.

Below, Porter writes about her inspiration for the film.

When ESSENCE and TIME asked me to make this short two-part film about the racial politics of abortion, I discovered that I have a very personal connection to the subject. Despite the fact that I had already made a documentary called Trapped about abortion, I didn’t fully understand how it had affected my own family history, how it had even triggered an incident with the KKK and one of my relatives.

Making a film about abortion can unsettle you for many reasons. Hearing women tell you they would love to have another child if only they could feed the ones they already have will break your heart. I heard these stories over and over while making my documentary, and I know every woman I met faced tremendous internal conflict over choosing to terminate a pregnancy. But this choice might be even more complicated for Black women.

Race still plays a role in abortion politics. At abortion clinics across the South, White protestors hold pictures of Black babies as they shout at women entering the clinics. And it’s not just White protesters. Even though polls show that most African-Americans describe themselves as pro-choice, there are scores of Black anti-abortion activists who also use race in their anti-choice rhetoric. The truth is, most women who receive abortions are White, but Black women are five times more likely than White women to get an abortion. But this statistic doesn’t tell the full story. It doesn’t tell you that the overwhelming reason the women I met gave for having an abortion was that they simply could not afford another child. And it doesn’t tell you the heartache behind these decisions.

Often our stories, the stories of Black women, are too often lost or overlooked, but I hope this film will give new voice to the hard choices that so many women face. 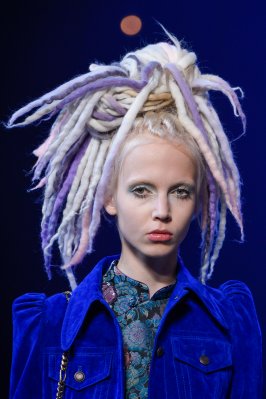 Don’t Rage Over Dreadlocks While African Americans Are Dying in the Streets
Next Up: Editor's Pick