A man stands behind a picture of Alfred Olango during a protest, in El Cajon, Calif., on Sept. 28, 2016.
Gregory Bull—AP
By Josh Sanburn

The fatal shooting of a black man by police in El Cajon, Calif., this week again focused attention on how law enforcement employs the use of force against African-American communities. But the incident stands out in part because family members say the suspect may have been mentally ill, an issue that experts say police are far too often ill-equipped to handle.

The man, identified by relatives as Alfred Olango, was shot by police Tuesday after reports that he was behaving erratically. When approached by officers, he reportedly placed his hands together in a way that appeared to police as if he was holding a gun. No weapon was found at the scene, and officials later said that Olango had pointed an electronic smoking device at officers.

According to the Los Angeles Times, some of Olango’s friends and family members have suggested he suffered from mental illness at the time and posed no threat. In a Facebook Live video posted after the shooting, a woman who identifies herself as Olango’s sister can be heard saying: “Why couldn’t you Tase him? I told you he was sick.”

While it remains unclear if Olango had been diagnosed with any form of mental illness, policing experts and mental health advocates say the incident highlights a worrisome problem. If Olango’s family members are correct, he would be the 173rd mentally ill person fatally shot by police this year, according to the Washington Post, which tracks police-involved shootings. The Post’s tally shows that mental illness is a factor in roughly one-fourth of the country’s fatal police shootings. But that estimate could actually be on the low end. A December 2015 report by the Treatment Advocacy Center, a nonprofit mental health advocacy group, in conjunction with the National Sheriffs’ Association suggests that “mental health disorders are a factor in as many as 1 in 2 fatal law enforcement encounters” when looking at official government statistics. (The Post bases its figures largely on media reports.)

Mental health issues have become an increasing concern for police departments as funding for treatment and other services have been cut over the years, putting law enforcement in more frequent contact with those who have psychiatric disorders. Most departments around the U.S., however, conduct little if any training on how to deal with them.

“It’s not prevalent,” says John DeCarlo, a University of New Haven criminal justice professor, referring to mental health training for police. “There’s training out there, but not enough officers go through it.”

One program that has gained some traction is Crisis Intervention Training, a 40-hour course designed to teach officers how to effectively communicate to those who may have mental illness or are in an emotional crisis. The program is meant to give officers the tools to recognize when someone is mentally ill while being able to get them proper help or treatment rather than arresting them.

Read more: Law Enforcement Should Learn to Recognize the Signs of Mental Illness

The CIT program, organized by the National Alliance on Mental Illness, began in Memphis in the 1980s following the police-involved shooting of a mentally ill man and has now been implemented in more than 2,700 police departments around the U.S. Still, that’s only 15% of the country’s 18,000 law enforcement agencies.

“Most officers don’t have specialized training or experience,” says Laura Usher, a manager of criminal justice and advocacy at the National Alliance on Mental Illness. She says that she increasingly hears from police departments who say they’re dealing with more and more suspects who are mentally unstable, but officers are often unprepared to handle those calls. “Standard training doesn’t really equip [officers] to deal with mental health crises effectively,” Usher says.

Even among those who have been trained it can be difficult to know how and when to use that training in the field, says Chuck Wexler, executive director of the Police Executive Research Forum. “Police are frequently the first ones to interact with those on the street who have mental health issues,” Wexler says. “One area that is lacking is the integration of police tactics with crisis intervention skills. Both are necessary to successfully defuse conflict situations.”

Police officials in California, though, questioned whether mental health training would’ve helped in this situation at all. Ed Obayashi, a sheriff’s deputy and legal advisor in Plumas County, Calif., told the Los Angeles Times: “When those hands come up in a shooting stance, the officer wouldn’t have time to assess whether what is in the hands is a gun. … Almost immediately, the officer sees the hands flash up into a shooting stance, he must react. A second will be too late if it’s a firearm.” 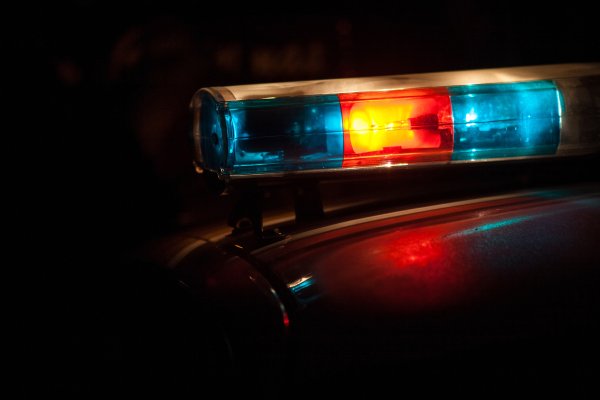 Cop Pulls Over Speeding Man, Then Drives Him Over 100 Miles When He Finds Out Why He Was Going So Fast
Next Up: Editor's Pick