On Rosh Hashanah, Meet the Woman Who Made History as a Female Cantor

The story about Betty Robbins that ran in TIME in 1955
TIME
By Olivia B. Waxman

Rosh Hashanah marks a new year in the Jewish calendar. Just over 60 years ago, a New York congregation marked the new year with what was widely considered another new stage in the history of the faith: the debut of the first female cantor, when Betty Robbins sang on the eve of the holiday.

At a time when bat mitzvahs weren’t common even among the most liberal congregations, the New York Times ran her photo on the front page with the headline “Woman Named Temple Cantor; Perhaps First in Jewish History.” TIME magazine described how she got the role in the Aug. 15, 1955, issue:

Interviewed recently, her four children couldn’t recall the specifics from that day—only one was old enough to be present at the service—but they are quick to point out that their self-taught mother had been waiting for that moment since she was 8 years old, when she was determined to join the all-male choir at a German-Jewish synagogue in the Gdańsk (Danzig in German) area in Poland. From the balcony where women sat, she made it her mission to sing louder than the boys until the cantor finally agreed to let her take singing lessons if she cut off her braids. (“I thought the movie Yentl was about my mom!” jokes her son Steven.)

So she did, and got to be the choir’s soloist for six years, until the Holocaust forced her family into hiding in 1938, after she climbed out the window of a synagogue believed to have been set on fire by the German SS. The family sought temporary political asylum in England before moving to Australia—a place chosen, her daughter Sandra recalls, because her father thought “Sydney sounded Jewish.” There, she learned English in a year, and in 1943, married Sheldon Robbins, a corporal in the U.S. Army Air Corps medical unit whom she met at a synagogue dance. A year later, they set sail for the U.S.

“I had to wheedle these things out of her,” says Sandra.”She didn’t talk about them. My parents wanted to start anew in New York City.”

But, even as she started over, her love of music continued. Throughout the rest of her life, she provided bar and bat mitzvah tutoring, while also using music to teach children with intellectual and developmental disabilities. In her retirement years, she served as a cantor for the Princess Cruises cruise line, where she helped run Jewish holiday services.

Her daughter Jacqueline remembers her mother always “humming and chanting” around the house or dancing with their father to swing music, while her son Steven says it wasn’t uncommon for her to “come out with a song in the middle of a lecture” or “give them maracas and tambourines” at Hebrew school. All of her children had to play an instrument growing up, and her passion for music clearly rubbed off. Two went on to play professionally; Sandra is a violist, while Jacqueline is a cellist who also specializes in music therapy. Steven, a business-school professor at San Diego State University, ran cultural programming at the school, bringing musicians to campus, while Judd says he joined the choir at his local Oregon temple “largely because of my mother” after her death in 2004 at the age of 80.

Two decades after Robbins led that service, Barbara Ostfeld became America’s first invested female cantor. And in 2010, a Brandeis University librarian discovered that opera singer Julie Rosewald was a cantor even earlier, serving at San Francisco’s Temple Emanu-El from 1884 to 1893.

Robbins’ children claim that their mother got a lot of media requests—including The Ed Sullivan Show—but turned many of them down. Being a cantor was all she wanted. “It was as if God was looking down and granting me permission to do that I had always wanted,” she said in a 1997 lecture and concert at San Diego State University, as reported by the San Diego Jewish Press Heritage.

“She chose just to sing for Judaism,” Steven says. “She was a strong feminist who stood up assertively for what she really believed in and wanted to make sure she and everyone around her had a voice.” 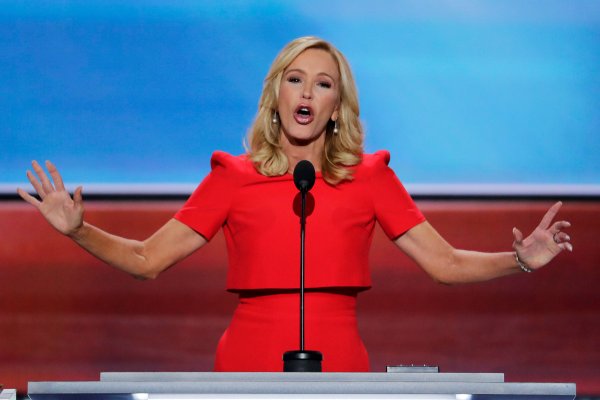