How One Woman Tried to Save Ukraine From Economic Collapse

Tim Duggan Books
Ideas
By Tim Judah
Tim Judah is the author of In Wartime: Stories From Ukraine

A couple of times I thought Natalie Jaresko was going to cry. But she did not. It was twilight in May 2015, and we sat on the terrace of her house just outside Kiev. As we talked, all the emotion of trying to save Ukraine from economic oblivion bubbled to the surface. Each time, though, the Minister of Finance regained her composure. Her two daughters, aged 17 and 11, drifted in and out asking homework questions. “I just feel incredible pressure,” said her mother. Ukraine’s very “existence as a country” was under threat, and “we have no choice but to succeed.”

The figures were dire. In 2014 industrial production declined by 21% and the hyrvnia had lost 69% of its value against the dollar. The country had lost territory, resources, industries, people and markets. Between 40 and 60% of economic activity is in the gray economy. In the first quarter of 2015 the economy was 17.6% smaller than a year before. The war, which was costing between $5 and $7 million a day, was being fought with guns, but securing the home front meant saving the economy too. After 23 years of poor and often literally criminal management, making sure that the country did not implode under the weight of its debts and generalized corruption was a responsibility which fell, out of the blue, onto Natalie’s shoulders.

Natalie was born in 1965 in Chicago, and her progression from diaspora girl to minister was not obvious. When, after the general election of October 2014, she was asked to take the post, she recalled thinking, “if I had not tried to help, I would never have forgiven myself.”

When Natalie arrived in Ukraine in 1992, it was clear that the country had already been in decline for years even before the post-Soviet economic nosedive that was now beginning. But, as the difficult period of settling in began to pass, she found herself becoming ever more excited about “the Ukraine that could be.” It was close to the rest of Europe, rich in various resources, had an educated population, ports and so on. “What more could you ask for?”

The big story of Ukraine since independence is one of lost opportunities. We talked of how road builders and other contractors stole vast amounts, leaving the country with third-world roads. We talked of how few paid income tax. “It is a vicious circle. People say, ‘Why should I pay tax if the government does not provide me with good schools and hospitals as it is supposed to?’ And the government in turn does not have the money to provide them as they are not paying tax.”

When President Yanukovych said he would not sign a deal with the E.U. and demonstrations began in 2013, Natalie began to help the demonstrators. Her children’s nanny cooked up fatty meat stews to take to the men in the square, explaining that they needed the fat to protect them from the cold.

Then, nine months after the protests were over, she was visited by headhunters taken on by the incoming Ukrainian government. Within days she was offered the post of Minister of Finance and was granted citizenship when she took office. When she began work, one of her two assistants asked if they would be getting the usual cash bonus. It turned out that the minister was expected to bribe them not to accept bribes from others who were keen to find out the minister’s schedule and other interesting bits of information. As the answer was “no,” one left, but the other remained.

Negotiating with the IMF and Ukraine’s debtors was one thing, but trying to get the system under her to work was quite another. The Soviet-inherited system was designed, she said, so that the person at the top got to shoulder all the responsibility, so that absolutely no one lower down had to take any. The civil servants have been taught to check if anything that comes before them has a consequence for the budget, and if it is legal, but not how to solve problems.

On the plus side, she believed that Ukraine had never been a more tolerant place. She recalled meeting the finance minister from an E.U. country who told her he wanted to talk about Ukraine’s “discrimination” against Russian-speakers. In her office, Russian, English and Ukrainian are used interchangeably. At last, she said, “the definition of being a Ukrainian is being a member of this society and not being ethnically Ukrainian.” And this, having grown up as an American, is something she was very happy to see.

From IN WARTIME: Stories From Ukraine by Tim Judah. Published by arrangement with Tim Duggan Books, an imprint of The Crown Publishing Group, a division of Penguin Random House LLC. Copyright © 2016 by Tim Judah. 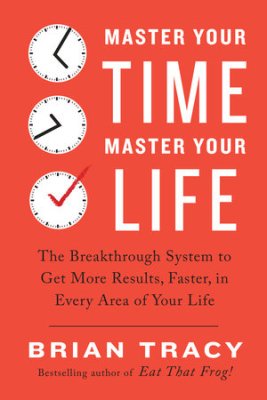 4 Key Questions to Transform Creative Ideas Into Successful Realities
Next Up: Editor's Pick