Ever since leaving Disney, Miley Cyrus has made it her mission to be famously unfiltered. In a new interview with Elle, the newest Voice judge gamely opened up about her past as Hannah Montana, the alter ego that launched her to tweenage stardom in the 2000s.

“I did not grow up spoiled in any way. I just wanted to be on TV,” she told Elle. “I mean, at one point—they’ll probably kill me for saying it—I was probably the least paid person on my [Hannah Montana] cast because I didn’t know any better. I was just like, I can be on Disney! Yeah, I want to do it! My name was Miley on my show, but I didn’t own my name—we didn’t think about that.” Cyrus added that her parents ultimately helped surround her with people who enabled her to gain more control of her career, for which she doesn’t have a makeup artist. (In the Kardashian era, that’s a headline-worthy admission.) 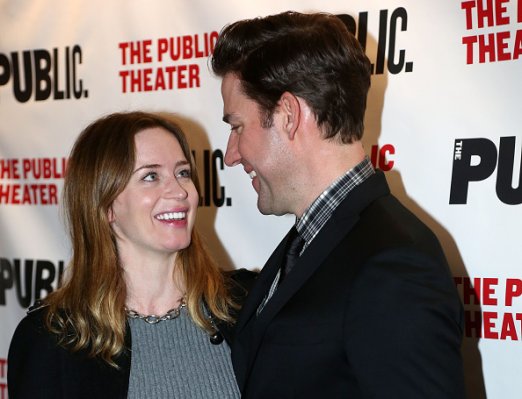 Emily Blunt Reveals Just How Much John Krasinski Knows About The Devil Wears Prada
Next Up: Editor's Pick