Colin Kaepernick weighed in on the first presidential debate on Tuesday, calling both Donald Trump and Hillary Clinton “proven liars” who seem to be “trying to debate who’s less racist.”

The San Francisco 49ers quarterback has been in the news for kneeling in protest during the national anthem this football season to raise awareness about racial injustice in America.

While Kaepernick was apparently dismayed by both candidates’ debate performances, calling them “embarrassing to watch,” he singled out Trump for his ubiquitous campaign slogan: “He always says, ‘Make America great again.’ Well, America has never been great for people of color and that’s something that needs to be addressed. Let’s make America great for the first time.” 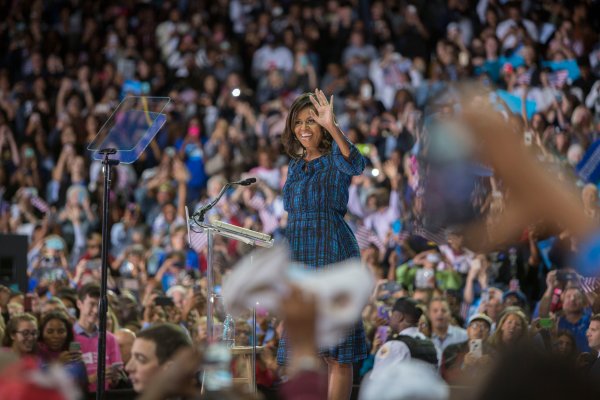