The video for the first single, “Starboy,” off the Weeknd’s upcoming album has finally arrived.

The song, which serves as the title track for the singer’s latest project, provides the perfect moody ambience for the Weeknd (also known as Abęl Tesfaye) to shed his former persona.

In the video, he takes a literal approach to destroying who he once was (represented by his old signature ‘do,) eventually suffocating his old self. His new self (along with a closely cropped new hairstyle, naturally) then destroys the house that represents his former self, wrecking trophies and photos before taking off in a car with a panther.

Apparently, the video also received a Best Video nomination at the MTV EMAs before it was even released. 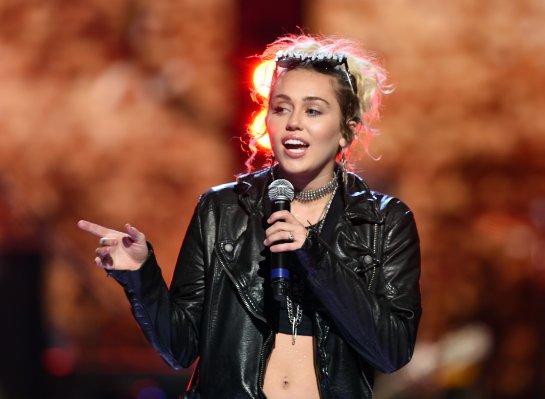 Miley Cyrus Thinks She Was Probably Underpaid at Disney
Next Up: Editor's Pick