On the eve of National Voter Registration Day, Google is taking the opportunity to prompt voters to get registered.
Google
By Daniel White

Spanish speakers in the United States were extremely interested in registering to vote this week, according to Google.

Searches of “registrarse para votar” (Spanish for “register to vote”) rose 2200% in the past week on Google, peaking after Monday’s first presidential debate. Searches in English grew by just 430%.

While Google search data isn’t entirely predictive, it can provide useful insight for what voters are asking in their internet browsers. The candidate most searched for by Spanish speakers was Democrat Hillary Clinton, who had 86% of the Google searches containing “votar por” (Spanish for “vote for”) compared to Trump’s 14% of searches.

So many Americans have turned to the search engine for voting-related questions that Google launched an enhanced search feature, which it made available in Spanish on Monday, that offers state-by-state information on getting to the polls when users search “how to vote” or “register to vote.”

Google has been making an active push to get users involved in the election, with the search giant participating in National Voter Registration Day through a Google Doodle and a partnership with Uber. 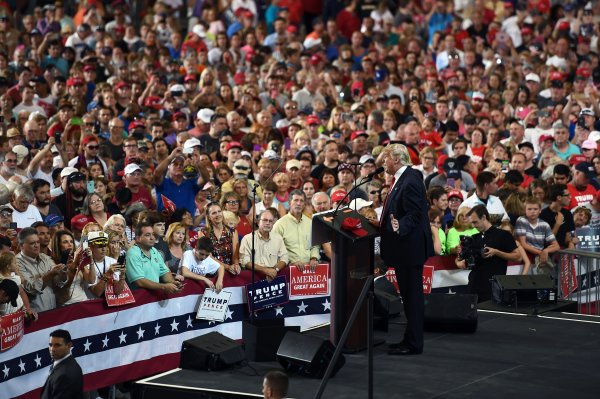 38% of Donald Trump Supporters Say Minorities Have 'Too Much Influence'
Next Up: Editor's Pick