Kate Hudson might be an actress and business owner, but she may have missed her calling as a singer.

During a commercial break on The Tonight Show on Tuesday night, Hudson was teasing host Jimmy Fallon and claiming that his first concert was ’90s R & B group, En Vogue. While Fallon rebutted the claim—because his first show was actually Weird Al Yankovic—it was a good enough excuse for Hudson to dig in to her En Vogue repertoire and whip out a rousing rendition of “Hold On.”

Hudson started singing, “When I had you, I treated you bad,” like it was the easiest melody in the world. Soon enough Fallon and the house band The Roots were joining in on the ’90s groove.

Hudson’s singing talent is no real secret, though. She managed to rival Sinead O’Connor’s version of Prince’s “Nothing Compares 2 U” and went head to head with Fergie with her take on “Cinema Italiano.”

Maybe next time she sings on The Tonight Show it won’t be during a commercial break. 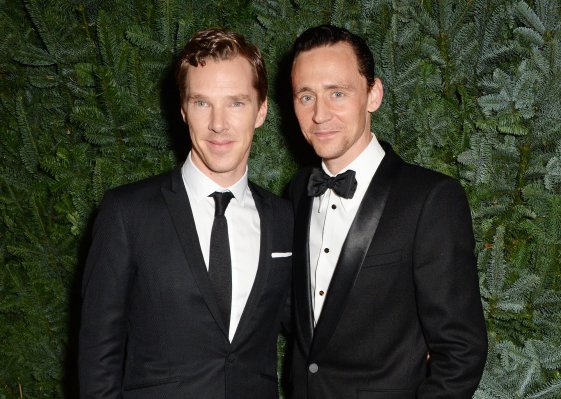 Here's Definitive Proof That Tom Hiddleston and Benedict Cumberbatch Are Obsessed With Each Other
Next Up: Editor's Pick